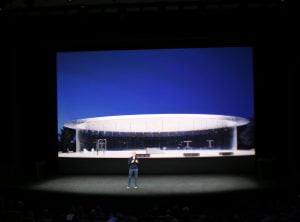 The event has been promptly the biggest iPhone launch ever but why? 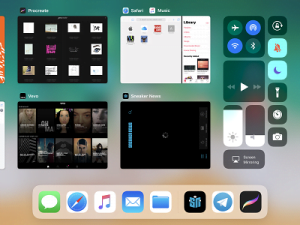 iOS 11 has been announced earlier in June 2017, but Apple revealed the complete version last night at their biggest Keynote of September 2017. The operating system has been now entirely revamped and features dedicated support for AR (Augmented Reality). The iOS 11 ditches the notification panel for something that Apple now calls the Cover Sheet, which retains the same background as the main and displays the notifications in a smarter format. iOS has been optimized for all the iPhones with all the tweaks and feature limitations and every phone since the 5s would possibly receive the update.

iOS 11 is said to be the fastest and most advanced iOS ever.

This is Apple answer to wireless charging. But many can say, nothing new- Nokia had done it 8 years back and Android phone makers are pulling it off since quite some time now. 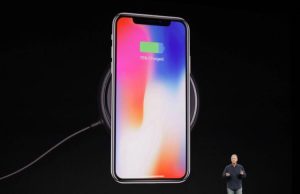 But well, never late than never! Apple has developed a mat upon which when placed, the iPhones ever late begin fast-charging automatically. Though unlike its name, Apple couldn’t develop an air-based wireless charging system, it certainly has gone wise by putting this feature on offering to match the already heated up competition from the Andriod ecosystem.

We were juggling our heads since quite some time now about what would they call it. Like, will they call it 7s or 8 or just iPhone… But, now it is official and they call it the iPhone 8. Apple probably for the first time has skipped the ‘s’ moniker by naming its latest flagship directly with the succeeding number. 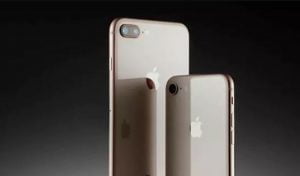 The new iPhone will again come in two screen sizes- 4.7 inches and 5.5 inches respectively (later being called the iPhone 8 Plus). Both phones come with an all new design, a durable glass on front and back (yes, the back is all glass again).

The camera conventions are still followed- iPhone 8 features the same 12 megapixels but an advanced camera while the 8 Plus would feature a dual rear camera just like the last year’s 7 and 7 plus. The cameras would take 4K videos but the 8 plus would be able to shoot portrait photos at both rear and front.

The new A11 chip is now more powerful and faster than ever. It also would contain a new Biometric algorithm that Apple calls the Bionic chip and the same Touch ID fingerprint scanner for security.

And, lastly, Apple has finally got wise with the wireless charging with its newest flagship. Apple has claimed the battery of its new iPhones to last at least 2 hours more than the previous generation.

The phones would ship in Black, Silver, and Gold color variations.

Apple has taken the game a level up by its newest iPhone. iPhone X is the greatest iPhone ever indeed. And, with that name, the company has (unknowingly) followed our predictions about its naming as well (Thanks, Apple)!

Starting from its form factor to its camera, everything has changed the way we look at iPhones. 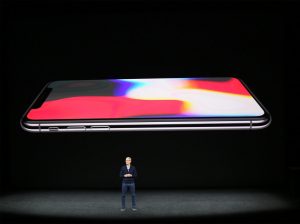 To start with, it has got a full 5.8 inches pan-body OLED Super Retina display which leaves so little at the front- for the front camera, sensors, and speaker grill. The display features a resolution of 2436 x 1125 pixels and has been paired with Dolby Vision and HDR10 support for immersive video playback. The phone though would come in just Gold and Silver for now.

There’s no button on the front, neither there is the Touch ID anymore in the iPhone X. It’s a swipe up to reach the home screen, or you can use raise-to-wake, or tap on the screen to get started.

It’s a swipe up to reach the home screen, or you can use raise-to-wake, or tap on the screen to get started. 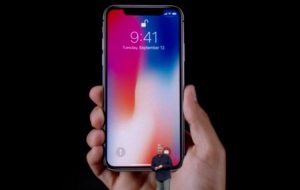 These gestures work across the operating system, for multitasking and to leave apps. Siri is still activated by voice or using the larger side button. A double tap on the side sleep/wake key activates Apple Pay. 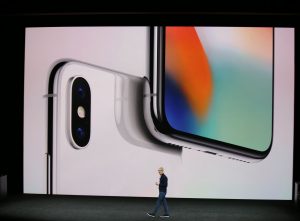 And since there is no home button, there is no Touch ID too. But, there is now Face ID- Apple’s new facial recognition system. It uses the TrueDepth camera system, hidden at the top of the display. Glance at the phone, and it illuminates your face ready for an infrared camera to identify it. Apple claims it to be highly accurate (unlike, Android’s face unlock feature) and even works in the dark.

The iPhone X is also water resistant. So, you need not worry when taking it to your swimming pool or occasional beach outings! 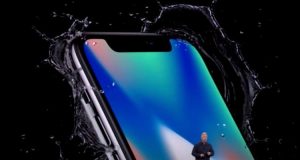 Now, the biggest thing in any iPhone is its camera. The iPhones have a cult following for their cameras and we don’t deny this at all. 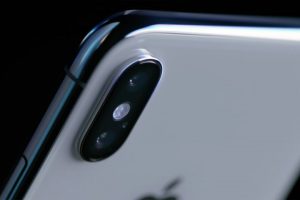 And, the iPhone X’s camera is no exception to its legacy- it has a dual-lens 12-megapixel rear camera, with dual optical image stabilization, a wide-angle f/1.8 aperture lens, and a telephoto f/2.4 aperture lens. The 7-megapixel front camera now supports Portrait

The front camera has been pushed to a 7-megapixels count which now supports the Portrait mode and has auto image stabilization and exposure control. Apple’s new image signal processor provides advanced pixel processing and a new color filter. 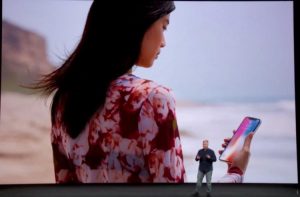 Both cameras use the new Natural Lighting effect introduced on the iPhone 8, and the specifically developed new AR features. Video has also been pushed up with 4K at 60fps, and slow motion at 240fps.

iPhone X retains the same A11 Bionic chip from the iPhone 8, a 64-bit super efficient processor with a new Apple-designed graphics unit, which has 30 percent more speed than the existing unit. It has six cores and delivers 25 per cent better performance than the last generation’s A10 Fusion chip. 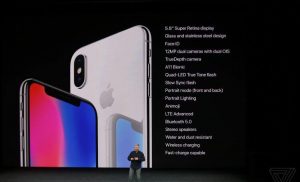 Apple iPhone X and iOS 11 also supports Animojis, thanks to the integrated AR support which enables you to control your emoji’s expression with your real facial expressions.

The entire product map is refreshed too by cutting out the 5s and 6 from Apple’s main production line. 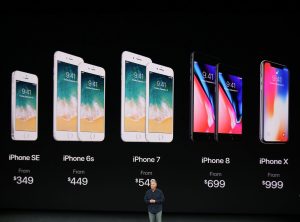 iPhone SE now becomes the base model and the lineup ranks up to iPhone X. ThAnd if we go by the pricing as shown in the picture above, expect the iPhone X 64 GB to cost anywhere around INR 80000 or above in India. and pre-orders for iPhone 8 and 8 Plus are to begin from October 27.The deliveries would commence from November 3, 2017.

Now, this brings us to the end of this overview. Apple’s answer to other smartphone manufacturers this time has been louder than ever.

It has nailed with iPhone X’s delicious design and iPhone 8 is indeed if not anything a powerful phone with a beautiful full metal and glass unibody.

There was no HomePod or MacBook announcement this time, but not that we complain about it!

Because this Keynote has undisputedly been the Apple’s most important iPhone launch after the iPhone 3G and 4S. It has nailed with iPhone X’s with a gorgeous design, uncanny technology and unlimited possibilities for future that is yet to come. Moreover, iPhone 8 is in itself a brilliant phone indeed. And, if not anything then, a very-very powerful phone with a beautiful full metal and glass unibody, for sure.

As the CEO, Tim Cook said:

“We work really hard at Apple to create wonderful things, and we hope you love what we’ve introduced today. I think Steve would be really proud of them.”