Apple iPhone 8 (or iPhone 7s, or iPhone X, or whatever…) is undoubtedly the most anticipated smartphone of 2017.

Not just because it is another iPhone and the recent circulation of rumors regarding its tech specs and all, but also because of this iPhone marks the iPhone’s tenth anniversary.

And, everybody was unclear about its launch dates, given that there were rumors of production delay too. Until now!

Today, Apple has officially sent out invitations for an event on September 12, which is in all possible circumstances can only be the launch of the new iPhone(s).

The invitation says ‘let’s meet at our place’, only to confirm reports that the company’s going to launch its newest iPhone there. 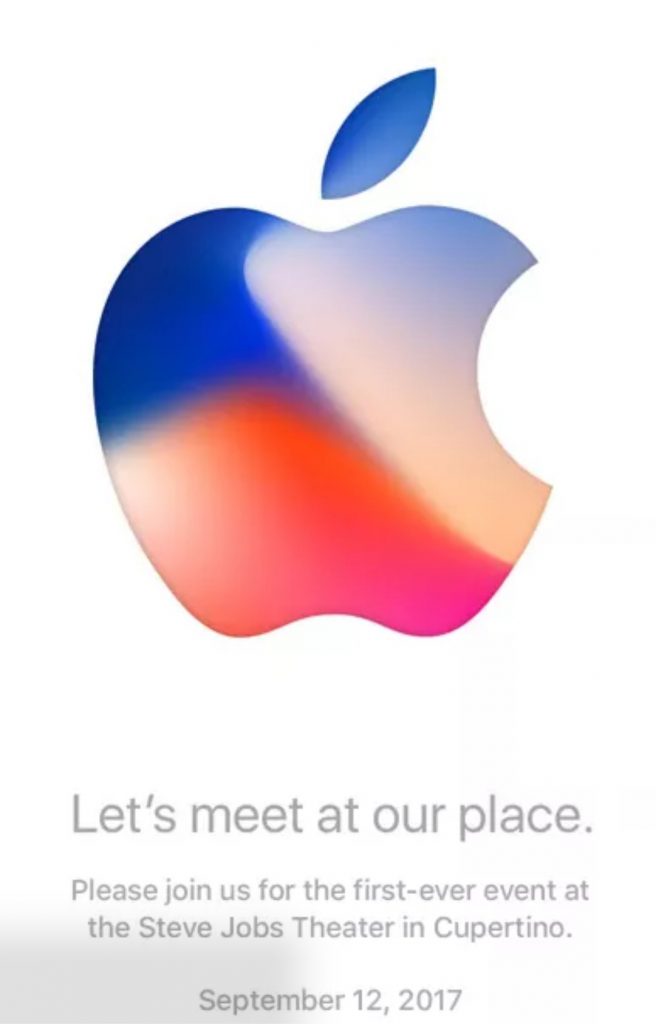 They after all, for the first time have decided to do a launch event at the recently opened Apple Campus at California. The tenth anniversary of world’s most loved phone has to be special, yes?

Along with the iPhone, Apple is also expected to unveil a brand new Apple Watch, Apple TV, and share more details about its upcoming Bluetooth speakers called the HomePod.

The iPhone 8 is rumored to feature an entirely revamped design, a new advanced camera, and the facial recognition technology.

Apple might also (likely) launch a separate 7s series of iPhones to maintain the sequential lineup. But that would not make much sense if there would already be an iPhone 8 present in the market.

So, with that, we can only expect a lot from Apple’s forthcoming event on September 12th, 2017.

The event will be held sharp at 10 am Pacific time (6 pm UK time) at the Steve Jobs Theater, an auditorium specially built for Apple main events and keynotes inside the perimeter of its new headquarters.

(And we’re already getting restless about it!)