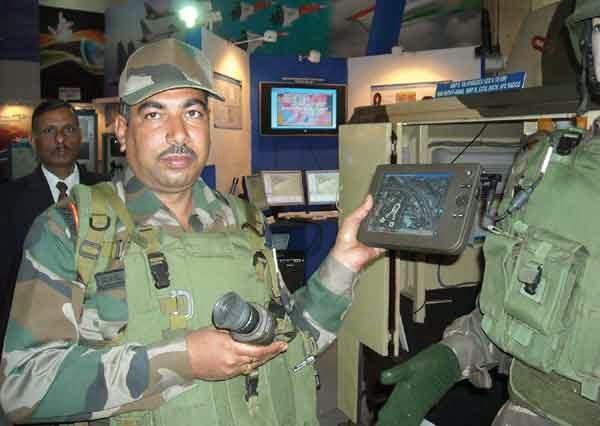 What does the firm offer?

The firm was founded by Tushar Chhabra, Saurav Agarwala, and Tommy Katzenellenbogen. It is working at the borders to build a suitable product based on Army’s requirements.

“We have found three pain points that the Army faces daily. There is no communication channel, due to lack of infrastructure they cannot install new-age products and most of the time it becomes so complicated for the end users that they cannot even use it,”

The company has installed multiple sensors in the poles for accurate intrusion verification. The sensors have a range of 100-200 m. It is also capable of distinguishing the difference between friends and enemies.

As soon as a movement is detected beyond the perimeter or border, an alarm is raised and an alert is sent to an analytics platform through an encrypted wireless communication system.

Simultaneously, the nearest drone and rover are sent an alert for live surveillance & visual verification.

However, when someone blocks this communication, the object is differentiated if its an animal or a human. Instantly, data is transmitted to each station where the jawan then has to press a button saying either he is in trouble or secure.

Collecting such data points, the platform is creating descriptive analytics, which probably in the next 5-6 years will help predict the threat around the perimeter before an attack likely happens. For instance, if he is carrying any weapon, the light radar and thermal technology will detect it.

Analysing the data over the last two-three years, it was found out that during November, intrusions usually spike up. But also, before an intrusion happens, a lot of activities take place.

“We also realized just checking in line will not solve the problem but we need to look at the counterpart’s territory.

All perimeters have different threats so a camp in Kashmir will have altogether a different set of the data point from an Indo-Nepal border and even the level of threats are different.

Proximity to the perimeter is another crucial criteria. In heavy threat areas, proximity will be very less around 10-12 ft and it will be around months before the attack whereas, in other areas, it will be 3 days before and around 100-200 metres away.

CRON Systems had raised an undisclosed amount in a pre-series-A round from early-stage venture capital firm YourNest in January, last year. This was the first investment from the firm’s new fund, YourNest India VC Fund, which was launched in September with an Rs 300-crore corpus.

The company CRON Systems had used the capital for research and development and for hiring talent.

Market opportunities for the startup

The market opportunity for this startup is very large, not only from the B2G (business-to-government) side but also from the B2B side as well.

CRON Systems counts the Border Security Force and the Indian Army as its primary clients. It is also looking to expand to international markets like the Middle East, Africa and Europe.

A pilot run through has been running along the India-Pakistan border for some of these products. The company is working with automative defence companies, both Indian and international, to develop and deliver these products.

It would indeed be a great breakthrough if the Indian army can make use of all the innovations that this startup is coming up with.