Auto rickshaws are quite popular among the urban commute (especially shorter route) in metros as well as Tier I cities. Despite government regulated meter-based fare system, three wheel drivers often find leeway and dictate their own fare structures. 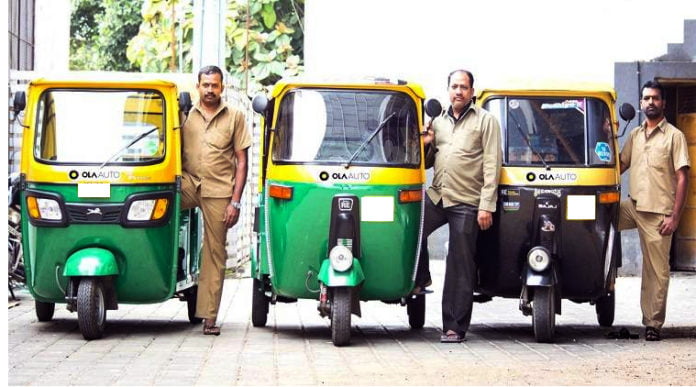 Solving the pain of exorbitant pricing, homegrown cab-hailing major Ola added auto rickshaw in its native app. Besides cab, auto rickshaw has been the most successful category for the SoftBank-backed company.

While Uber tried the segment in early 2015, a year later it halted auto rickshaw aggregation citing it as an experimental move.

However, Uber realised the importance of three-wheel in urban commute. Soon, the Dara Khosrowshahi-led company had made a re-debut in the segment in January with operations in Pune and Bengaluru.

Continuing its work in that segment, Uber is adding three wheel-hailing option to its app in Gurugram from this week, as has been reported by media. Uber is offering lucrative incentive structure in the Millenium city.

Like cabs, Uber AUTO will include all safety features available for its cab rides and will onboard pre-verified driver partners accredited by the authorities, confirm several drivers who joined Uber AUTO.

To poach existing fleet of auto-rickshaws on Ola, the San Francisco-based company is offering incentive up to Rs 5,500 on successful completion of 40 rides in a fortnight.

Meanwhile, Ola has been operating Ola Auto for over three years. The company claims to have 1,20,000 auto rickshaws registered on its platform across 73 cities and had completed 2 million rides in 2017.

While the number of rides happens through Ola Auto isn’t public, it seems to have picked up significantly. Users tend to prefer auto for a shorter distance over cab service.

The Uber mobile app is yet to get integrated with the AUTO option in Gurugram but the re-entry of Uber in auto vertical ensures a good time for users and drivers as it’s likely to engage in discounting and incentive battles with local competition Ola.