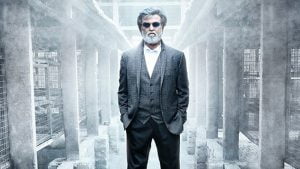 Most of us who have grown seeing Rajinikanth movies know him as the most charismatic and unparalleled master of inimitable movie-making in the history of Indian Cinema.

But, what very few people know is that at the same time Rajinikanth is the one who carries his day-to-day lifestyle with exceptional simplicity and modesty in real life.

He was a hit machine in the 1970s and at the age 61, he still holds a market value like no other living actor represent today. He earns 51 crores for one single movie he does. every other film when he releases one and has blasting sales in all corners of India, not to mention, his fan base in Japan and other foreign nations.

And on the counterpart, every other film having him as an actor in it becomes a runaway blockbuster in no time across India.

The veteran actor also caters and immense fan base in Japan and other foreign nations.

But, Thailava wasn’t to be Thailava without the past he has endured and learned what life really means at times. Rajinikanth too had simple and humble beginnings-

He came from an average family and after completing his school education, Rajinikanth continued to perform various jobs in the cities of Bangalore and Madras, including that of a coolie and carpenter, and finally ended up being recruited in the Bangalore Transport Service (BTS) as a bus conductor during his young days.

He eventually started to follow the Tamil Movies and grew fond of them. During this time, he came across an advertisement issued by the newly formed Madras Film Institute which offered acting courses.

He joined the Institute and followed several rejections even after passing out as a trained theatre artist. Eventually, he somehow entered the movie industry but only played supporting actor roles or as a right-hand to the main villain.

But as days passed his popularity began to increase as people started liking his larger-than-life portrayal. Anthuleni Katha became his first movie as in a lead role. 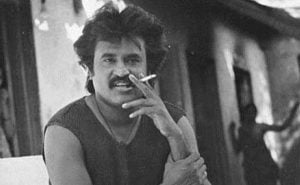 He then grew to a mainstream hero, mostly owing to his punchy dialogues which quickly became popular with the masses. The impeccable over-expressing way in which he said something as simple as, “How is it?” or his signature action of “tossing the cigar into his mouth from a distance, also at times taking a burning cigar into his fully closed mouth, and taking it back out” defined him as one actor of his own league in the Tamil cinema.

Soon, every Rajini movie started having huge hype around the opening sequences and new punchlines and styles.

In every movie, he had to do something unique for which many of his characters became a part of history in the Indian cinema. His styles never lost their charm, like, rotating or tossing a towel over his shoulder in multitudes of ways, for instance.

Eventually, the once-humble bus conductor became a legend for whom a mass of fanatic fans who would burst crackers, break coconuts and do pooja in the theatres.

Many would distribute free sweets. And, folks would even travel to their native places to catch the first show amidst a lot of struggle and fights.

Rajini has gathered so much respect among his fans that folks would cry when he cries and laughed when he laughs, and would never bear seeing him getting beaten up (even just on the bigger screen).

Since he rose to fame, Rajinikanth’s movies are all titled with Rajinikanth’s character, almost with no exceptions – Muthu, Annamalai, Arunachalam, Sivaji, … It is as if, no other name could fit them better.

But, in his personal side, Rajinikanth is a deeply spiritual person.

He often spends lone times meditating in the Himalayas (yes, we are aren’t kidding around), and stays aloof from the media attention (as though, he needs any).

He firmly believes that he is an ordinary person with nothing great about him or his acting skills and respects his peers a lot.

In 2000, Rajinikanth was awarded Padma Bhushan, in 2007, he became the highest paid actor in all of Asia, second to only Jackie Chan, and, in 2016, the legendary actor was honored with Padma Vibhushan by the Govt. of India, for his exemplary contribution to the Indian Cinema. 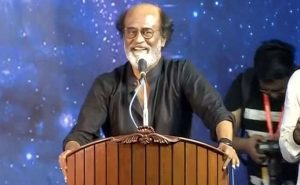 This great man today is no slave of an introduction. He rose to his fame and following (near close the line of worshipping) owing to his exceptional, original and unparalleled capability for demonstrating style on screen, in the most charming and captivating way, making a huge audience fall totally in awe and love with him.