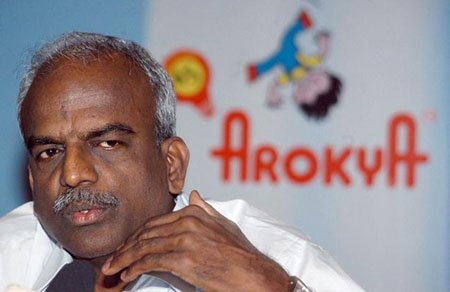 R. G. Chandramogan spent his childhood in a poverty-stricken family in Thiruthangal Village, in Virudhunagar district of Tamil Nadu. They had difficulty in meeting ends and he dropped from school to support his family. Nothing really worked out for the family and so they decided to sell all their properties and belongings in order to raise a little amount for their extremely small maiden business unit.

Chandramogan is the owner of India’s largest private dairy and agro business which is under the banner of Hatsun Agro Products Ltd worth around Rs. 8000 crores. He started this with the Rs. 13,000 which was raised by selling everything that Chandramogan’s family had.

He had the challenge of lack of experience, knowledge, and resources as well as he had no idea about managerial plans that entrepreneurs have. However, he had to make a living and for which his only solution was his ice-candy making business set up in 250 sq ft with three helpers. In 1970, Chandramogan and his helpers produced and sold ice candies on push carts. A decade passed and the activities and revenue remained the same. However, chandramogan had the desire to grow the business. 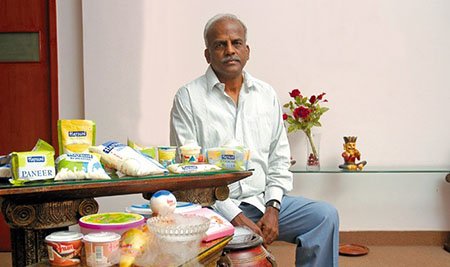 In 1971, his annual revenue was Rs 1,50,000 and in 1990 crossed Rs 3 crore. Chandramogan had a chain of ice cream parlors functioning all across Tamil Nadu which no other ice candy players in the state had managed to do. His company Hatsun Agro Product leveled up when Arun, Chandramogan’s ice cream brand became popular all over the state.

He formed a company to manage his own business growth activities in 1986 which were fundamentally unique steps taken that other ice candy industry players never considered. Since then the company has grown tremendously becoming India’s largest private dairy business which is approximately worth of Rs. 8,000 crore, this also makes him one of the few billionaires in India.

Chandramogan cleverly made use of his relations with the farmers in Tamil Nadu to build a milk procurement medium for his plants. Hatsun now obtains more than 7.5 lac liters of milk daily. The plant area is 30 lac sq ft and the company has 8000 odd employees. As part of their international operations, there are plants in Fiji, Seychelles, and Brunei.