According to Bloomberg Billionaires Index, Hui, chairman of China Evergrande Group, has added more value than any other person this year, with a massive 360.6% rise that has added $26.7 billion to his fortune.

With that, the Evergrande shares have jumped high and Hui is now the wealthiest man in Asia. 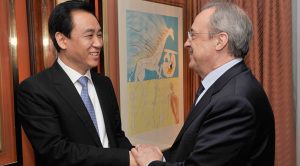 This also implicates that the Reliance Group of Industries has naturally lost its uno spot to Evergranade, followed by Alibaba and Fortune Groups.

Hui, also known as Xu Jiayin, was born into a not-so-well-to-do family in Henan province on October 9, 1958.

But after losing his mother at a tender age of eight months, Hui was raised by his grandmother, who used to sell homemade vinegar.

His father had lost his job due to the depression during WW2 and started cutting woods for a living.

So, his father was also barely able to afford Hui’s schooling.

These adversities in life strengthened Hui’s belief of knowledge will change destiny.

So he started selling fruits at the local market to support his family and his own education.

Upon graduation, he was fetched a job as a technician at a state-owned steel company in his home province.

In the next decade, Hui was promoted from technician to the department head and eventually to the manager.

Five years later, Hui out of some loans and borrowed money, founded Evergrande.

As of today, apart from being the wealthiest Asian company, Evergranade owns the movie and music business of the Republic of China by a quarter.

And, along with his many possessions, Hui also acquires a professional men’s soccer team in China’s top league.