Dhirubhai Ambani’s story has to be the ultimate rags to riches story as his achievements reached to unimaginable heights. He is the man who uplifted India’s economy within a few decades. 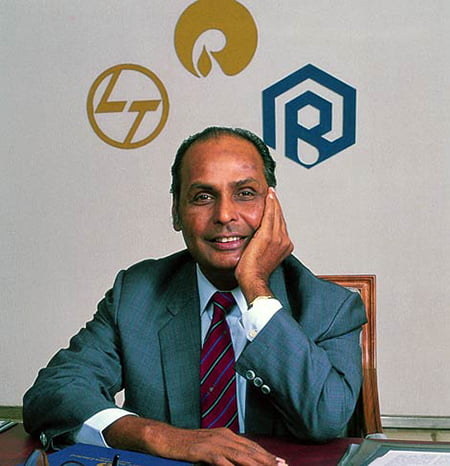 Dhirubhai was a confident and excellent in approach right since his childhood. He was the third child of his parents and his father only expected him to score fair enough to later be able to earn money for a sufficient livelihood.

However, he turned out to be an impatient child who got bored of sitting in the classes. His entrepreneurial instincts made him motivated to explore his physical abilities to do something and bring home money. He began selling bhajiya at the weekly village market and gave all of his earnings from it to his mother to help with the household expenses.

At the age of 16, following his dreams, he reached Aden in Yemen. He started out as a dispatch boy and with an utter determination which also reflected through his work. Subsequently, he became a distributor for Shell Products, which was a company that dealt with natural gas, refined products etc.

While he was at Yemen, Dhirubhai loved exploring and learning more things and during such an adventure he discovered that the demands for Yemen’s currency known as rial were high in London Stock Exchange due to its high silver content. He was a sharp man and smartly bought mass rials and melted them. He did this for a couple of months and sold the melted silver to jewelers acquiring several lakhs from it. A normal individual would find this satisfying but an ambitious entrepreneur like Dhirubhai was unstoppable. 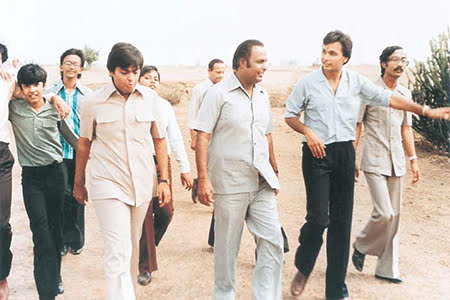 So he completed 10 years in Yemen and decided to return to his homeland with the few lakhs he earned. Back in the country, he started to import polyester yarn and export Indian spices. He invested 15,000 as the capital amount to establish Reliance Commercial Company in Mumbai.

In 1964, he launched Reliance Textiles to manufacture and sell polyester cloth. His focus was greatly on maintaining high-quality standards. His brand Vimal was highly acknowledged as the top polyester clothing brand. The success of Vimal inspired him to launch Reliance Industries Ltd.

In 1977, he began equity cult which integrated over 58000 investors. Dhirubhai convinced the rustic population of Gujarat that acquiring shares will be worth of lots of profits. He held annual general meetings of Reliance in stadiums to make sure those small, as well as large investors, could attend them. In the year 1986, the meeting had over 30,000 shareholders. He endured trauma and difficulties in the business along with investigations from RBI on his funds. But he emerged as a winner from all.

In 2000, Ambani was voted as the greatest creator of wealth in India by the Times of India. Ambani, unlike Tata and Birla, achieved his worth in a comparatively shorter period of time with the merit of his sharp mind. He became the king of diversification and generated many job opportunities for the countrymen.