Google has turned nineteen this year and is no doubt the biggest tech giant in the world today. And to expand its IT dominance even further, the company has signed a $1.1 billion dollar cooperation agreement with HTC. 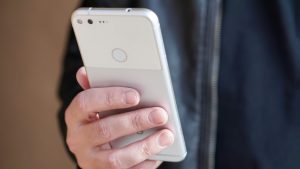 Interestingly this is not perhaps the first time Google bought a smartphone manufacturer.

But recently, under Pichai’s vision, the company has been noticed to adopt some Apple-like moves regarding its products. Especially in case of its hardware and software integration.

The HTC is a competent hardware manufacturer. Where on one hand, Google is said to enter the chip manufacturing space as well where it takes on rivals like Apple and Samsung, HTC can indeed prove to be a valuable ally.

Moreover, the second line of Pixel series is on its way already where HTC has acted as its ghost manufacturer.

So when the first batch of made-by-Google devices was unveiled, they were said to sustain in the long run, the acquisition of HTC looks like further proof of this commitment.