Ed-tech startup Toppr will be hiring an additional 900 odd people over the next six months, the company said.Around 50 of these hires will be for the company’s product development hub in Hyderabad, operational since April this year. 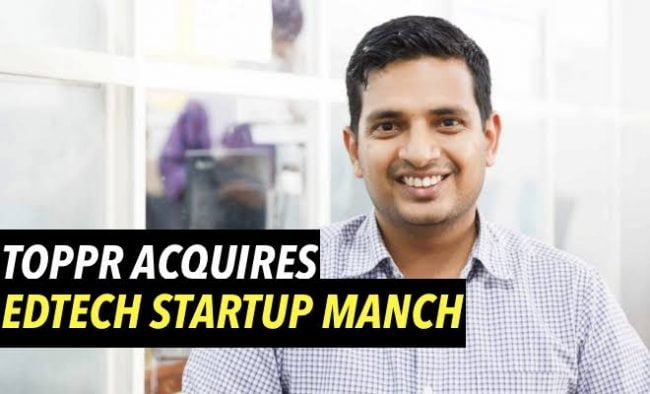 Prabhdeep Bedi, senior VP (business) at Toppr said that the new hires would be for sales, product, tech and knowledge.

Aveg Agrawal, who served in the Indian Foreign Services from 1998 to 2008, has been hired as SVP for international expansion. Sarvee Diwan has been hired as VP (Product). The additional hires will take the total strength of the company to around 2500 from the existing 1500.

ALSO READ: WhatsApp Is Changing Its ‘Delete For Everyone’ Feature To Make It Harder For Anyone To Cheat

AirAsia India is now offering 70 per cent discounts on flight tickets and the offer is valid till 28th of this month. Under the offer, one can book tickets in the period of 15th October 2018 to 30 June 2019. As expected, there are certain conditions as well.

Terming Essar Steel as “unique and compelling opportunity” to gain foothold in India, steel giant ArcelorMittal said Wednesday it will pay Rs 7,469 crore to the creditors of Uttam Galva and KKS Petron to be eligible to acquire the debt-laden firm, as per Supreme Court order.

The Supreme Court on October 4 had granted one more opportunity to the world’s largest steelmaker ArcelorMittal and Russia’s VTB Capital-backed NuMetal to bid for Essar Steel if they clear their non-performing asset (NPA) dues of their related corporate debtors within two weeks.

RIL will make a “primary investment of Rs 2,045 crore through a preferential issue under SEBI regulations and secondary purchase of Rs 245 crore from the existing promoters for a 66 per cent stake in DEN”, the company said in a statement.

Also, it will make a primary investment of Rs 2,940 crore through a preferential issue for a 51.3 per cent stake in Hathway.

Uber and Lyft have for years battled for customers in the fast-growing ride-hailing business. Now the bitter rivals may fight for investors in their initial public offerings.

Uber has received proposals from the investment banks Morgan Stanley and Goldman Sachs that say the technology giant could be worth as much as $120 billion in an IPO, two people briefed on the matter who were not allowed to discuss it publicly said Tuesday.

Chief marketing officer of Myntra and head of Jabong Gunjan Soni, and Myntra’s chief strategy officer and head of categories Ananya Tripathi have decided to leave the organisation, according to an email circulated within the organisation by CEO of Myntra-Jabong Ananth Narayanan.

Both Soni and Tripathi will continue working till the end of this year.