Galaxy Note 9 is finally in India. Samsung has announced the availability of the device on 24th August. India is one of the most important market for Samsung for the past few years and the launch too signifies that. Samsung is hoping that Note 9 does well in the country and hence its price is 67,900 in India for the base model and the US rate would be $1000. Samsung, the world’s biggest smartphone manufacturer has released its new beast on August 9 called the Galaxy Note 9 which we were waiting for. 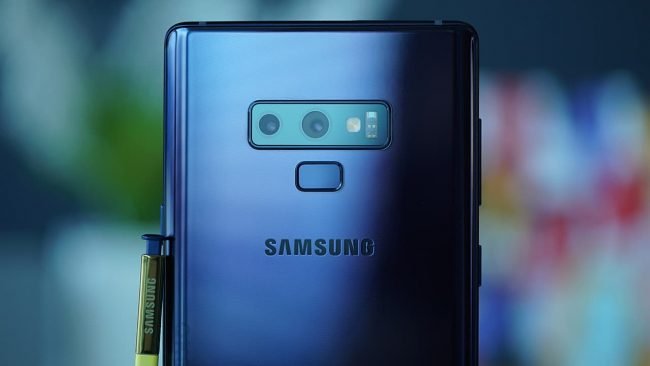 This phone is available in 4 colour variants which are Midnight black, lavender purple, ocean blue, metallic copper.There are 2 variants of the Galaxy Note 9, one with 6GB RAM and internal 128GB Storage and the other one is of 8GB RAM and internal 512GB storage. Its price is about $1000-1200 USD(around 67000 to 84000 INR ) which is too much expensive.

What’s inside the Galaxy Note 9?

Inside the box, you’ll first see the beast phone coupled with a free silicon cover. There will be a USB-C to USB converter, a fast charger, Type-C USB cable, a headset, ear tips for headset and for tips for S Pen. Build quality of this phone is awesome as the older Samsung phones. Front display got a Gorilla Glass 5 with a rear glass back and a metallic body. The location of the fingerprint is changed, it’s not like the older brother of the note 9, the fingerprint sensor is placed below the camera at the back. The display is also a bit bigger than before, it gots a 6.4inches Quad HD Super AMOLED Panel. The bezels are a bit thin in this phone just like the Galaxy S9. Samsung is leading the market in manufacturing OLED Display for mobile phones.

Specifications Of The Galaxy Note 9

The S Pen of the Galaxy Note series is updated. The Pen now works on Low Energy Bluetooth. Now you can use the S Pen as a remote for your phone by programming the button on the S Pen for Single Tap, Double Tap or Multiple Tap for any desired operations to perform it remotely. This feature is really awesome for clicking pictures, for showing presentations and to control videos remotely.

This cools down the phone during gaming sessions or during any heavy usage.

Galaxy Note 9 has 4000mAh battery which is bigger than the Note 8’s 3300mAh. With such configurations of the phone, the battery life of this phone will be good.

The rear of this phone got a 12MP dual camera setup with the F1.5-F2.4 variable aperture which is good for low light photography. The Camera quality of this phone is a bit the same as the S9.

Have a look on its other specifications

It is armed with Octa-Core Qualcomm Snapdragon 845 SoC with Adreno 630 GPU ( for US and other markets) / Octa-Core Samsung Exynos 9 Series 9810 processor with Mali G72MP18 GPU( for global markets) and runs on Android 8.1 (Oreo). It has Iris scanner and the fingerprint scanner just below the camera . It also has Bixby assistant that comes with display and has ability to double tap to zoom or flicking to scroll through a list . It makes the users to play audio on multiple Bixby Speakers at the same time in multiple rooms, with the ability to individually control volumes for each speaker or modify the volumes at the same time. 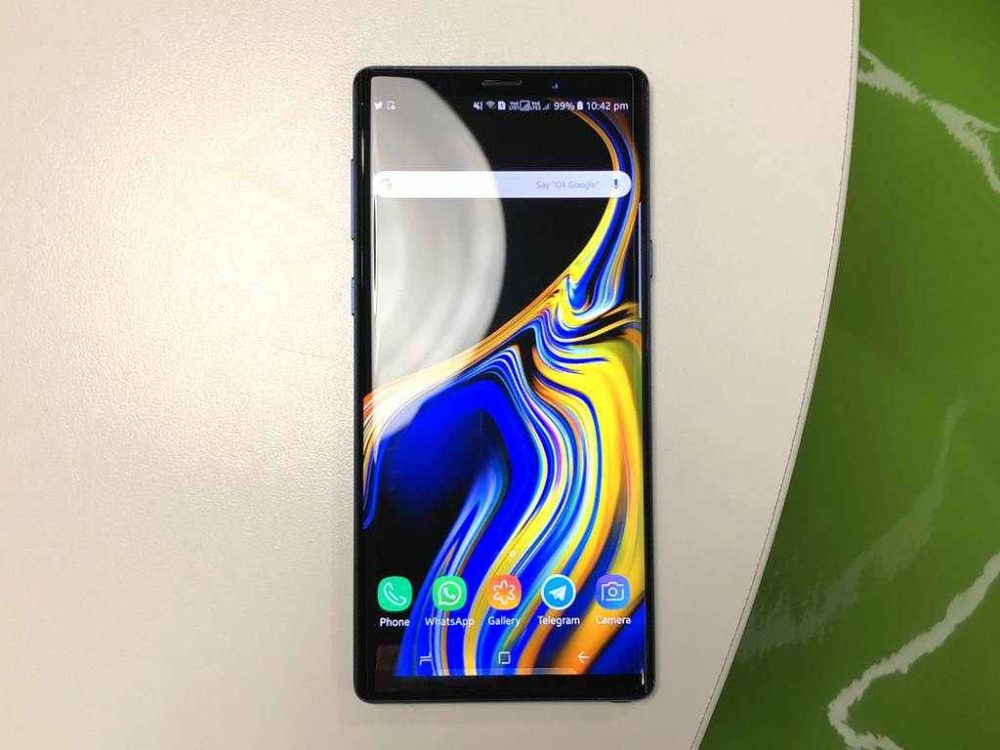 Connectivity wise, it features 4G VoLTE, Wi-Fi 802.11ac (2.4/5GHz), VHT80 MU-MIMO, Bluetooth 5 (LE up to 2Mbps), GPS with GLONASS, USB 3.1, NFC, MST and also supports Stereo speakers tuned by AKG, Dolby Atmos. It is backed up by massive 4000mAh battery with fast charging both on wired and wireless (WPC and PMA) charging . The users can get the Samsung Galaxy Note9 in Midnight Black, Lavender Purple, Metallic Copper with matching S Pen, and Ocean Blue with a Yellow S Pen.