On one hand where, Apple is gearing up for their tenth anniversary Keynote, while on the other it has lost its major position in the world market.

In their monthly report, Market research firm Counterpoint says that Huwaei has surpassed Apple to become the second largest Smartphone company in the World. 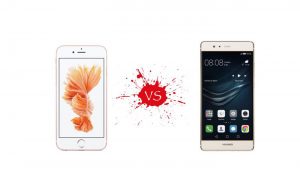 The Chinese mobility major has been manufacturing mobile phones since 1997. It is interesting to note that the company always holds brands like Honor, which has seen a significant rise in recent times in countries like India and Sri Lanka.

Here is one graph from the data that shows the recent market trend:

Huawei has achieved this feat for their consistent performance in June, July and August, and there’s a good chance that this will continue until the end of this festive season too.

However, the first spot is still retained by Samsung, which is of course due to their extensive product line present in the market today. Like, it’s really huge- five J7 models itself are being launched recently, it is like flaring one sub brand into many other sub-sub-brands. Smart, eh?

But on the flip side, what is more, interesting is that there is not a single Huawei/Honor device in the top smartphones sold on a global scale. This shows how strong presence Huwaei has in multiple stock keeping units has helped them have offerings for each segment of the potential customer base in the market!

But, it is not all gray for Apple or a thing to worry about for long. Because this leap is also been attributed to the fact that Apple hasn’t launched any iPhones for last one complete year. Not even a new SE came like it did in 2016.

So, unless Huawei develops its footprints as a global mobile company (which no Chinese company has been able to do until now) post the launch of new iPhones, things might turn in Apple’s favor again.