King Khan of Bollywood, would otherwise always top the list but for the first time ever he has slipped to the second position in the list of India’s Most Valuable Celebrity Brands, according to a Duff & Phelps survey report.

SRK has lost his position to the Indian Skipper and the heartthrob of millions Virat Kohli. 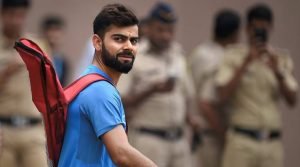 The new record by Kohli directly translates into that he is now the spot-holder regarding the first choice of brands to engage and attract customers, which was previously dominated by Shah Rukh Khan.

For the first time since we began publishing our rankings, Shah Rukh Khan has slipped from the top ranking and been replaced by Virat Kohli. He is now the first choice of brands to engage and attract consumers, fuelled by his extraordinary on-field performances and off-field charisma. 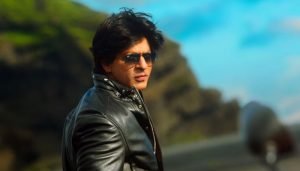 In addition to Kohli, other young celebrities such as Alia Bhatt, Varun Dhawan and badminton champion PV Sindhu have either risen in the rankings or entered our top 15 list, backed by noteworthy performances in their respective fields and strong endorsement signings over the last year.

Virat has also been in headlines lately due to his grand and much-awaited marriage with Anushka Sharma. 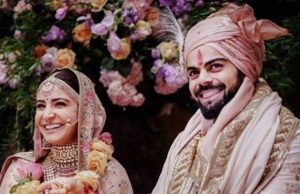 What’s more? Recently, Virat Kohli was ordered above the Argentinean and Barcelona football legend Lionel Messi as one of the most-valuable brands among sports athletes by Forbes.

And so, the skipper has rightfully won it again!