We have really great B-Schools in India. We have the IIMs, Symbiosis, XLRI, XIMB, FMS-DU, IBS and so much more. But what is greater for any B-School aspirant is the HBS (The Harvard Business School). 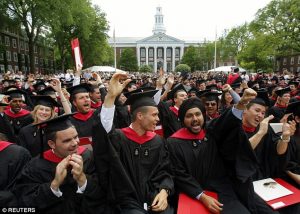 Harvard has been the mecca for any geek and MBA aspirant. Among many other things, one particular thing that sets Harvard really apart is that it is one of those colleges which regularly produces more job givers than job seekers.

The legacy of this institution in age-old and has a history of creating many histories since its very inception.

So it naturally comes as a dream come true when someone finds a seat in this esteemed institution.

But the gateway is not that open to get through and is considered a tough job is given that it attracts competitors from all over the globe.

About India, it is seen that 1 in 10 applicants was accepted last year at the Harvard Business School, the Stanford Graduate School of Business, and Wharton and that all of them are the top ranked Business Schools in the world.

So what really sets apart that one candidate who was accepted at the Harvard? And is there any determined way by which we can get a firm built of1 knowing the parameter used for judging candidates during interviews?

The answer is No.

But of course, there is a pattern that can help you to remain ahead of others when it comes to the admission in the topmost B-School in the world!

HBS students are seemingly younger than the students at the other Top 10 MBA colleges. Richard Ludlow, an alumni says-

2. The essay that you have to write HAS to be good!

Each essay needs to be a gem that unfolds a new layer about you, further differentiating you from the crowd. Also, if you’re from a traditional background, lean more toward writing about activities outside of work than you initially think.

3. Talent, Passion, Purpose should be aligned to your goal

The secret sauce, if you’ll forgive the expression, appears to be the way in which those three ingredients combine to create a compelling leadership identity. The successful candidates proved in their application and interview that they had impressive talents fueled by exceptional passion and directed by a clear sense of purpose.

Unlike India, HBS always prefers a more educated student than a more qualified one.

4. Should have leadership skills
According to a data source-

HBS really does try to select for people that will be leaders in business and society, not people who will be great individual contributors. They simply love applicants that show both leadership potential and technical skill.

So that means, those who aspire to go for HBS should make leadership not just a skill but a habit!

5. Balance between Aptitude and Communication

Harvard Business School is a demanding, fast-paced, and highly-verbal environment.

So, that requires one to have high analytical skills along with extensive verbal and communication skills. One should be able to communicate his or her ideas as fluently as he or she can calculate the square of 99. Language no bar, of course. Just preferred when British English. TOEFL or SAT can help to testify this ability.

So, with that we reach a conclusion. Of course, the dream to crack into HBS is a big one. But if you really believe that you can follow this pattern and develop such an identity then know this for sure that- Dreams are only real when they are big enough as much as being impossible.