Have you heard about the underwater train concept that reinvents the transportation for cutting down the barriers of time and distance? UAE is now mapping out for building the revolutionary train to Mumbai. 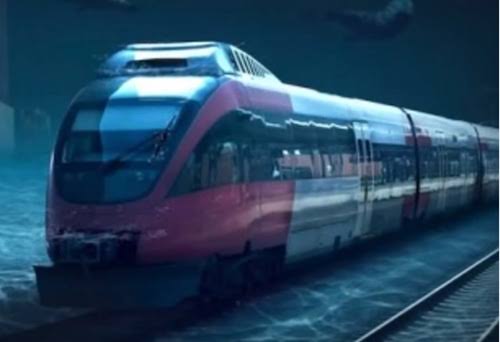 The overall rail network would be less than 2,000 km long. So, imagine the time it would take to travel. No need to say, this would be the best travel experience ever.

If the project runs success then the travellers would get a chance to travel to Mumbai from Fujairah underwater.

In response to this awesome project concept, India would provide UAE with freshwater and oil via pipelines, National Advisor Bureau Limited managing director and chief consultant Abdulla Alshehhi said during the UAE-India Conclave in Abu Dhabi.

“This is a concept. We plan to connect Indian city of Mumbai with Fujairah through ultra-speed floating trains. The project aims to boost bilateral trade. There will be an export of oil to India from Fujairah port and import of excess water from Narmada River, north of Mumbai.

In addition, other GCC partners can also improve export and import,” he said at some business gathering where the  industry experts were also present.

On the other hand, UAE is not the only which is working on the underwater rail network project.

Other countries like China is also planning to connect USA, Canada and Russia. The duo cities  of of India- Mumbai and Ahmedabad would also be linked with a high-speed underwater train by the year 2022.

ALSO READ:  LinkedIn has Come Up With Its Salary Feature In India