Can you possibly imagine that a teenager can get two tech giants like Google and Facebook fight with each other?

Michael Sayman was seventeen when he was hired by Facebook for an internship. His computer skills were phenomenal. So much, that he got a full-time job offer on Facebook as soon as he turned eighteen. 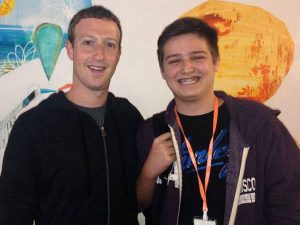 As he grew a reputation in the Silicon Valley, he started getting approached by several major companies, some of them being Google.

Now the 21 years ‘young’ wonder-kid is ditching his present company for Google.

Assistant is already facing neck-to-neck competition from Apple’s Siri. Therefore, this is clearly the top priority for Google’s CEO Sundar Pichai to incorporate the software in all the present android operated devices, including the third-party mobile phones. 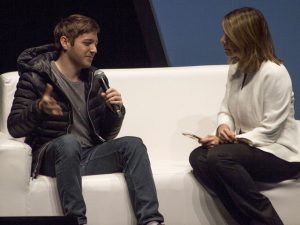 He was a product manager at Facebook too and has helped his team extensively to understand how his generation uses their phones. He has been a worthy adviser on experimental products for teens and helping executives understand trends.

The Grateful reaction that came (and for) a few days ago, was his idea only.

So, as his switching came public, both companies tried to hold on this employee. Sayman is young, and a rare talent. So both the companies pulled hard to keep him in their teams.

His release is still on hold as we are in a process of negotiation with him regarding enumeration and roles. He is a very valuable asset to our workforce. We are also trying to negotiating directly with Google on holding Sayman’s switching. Or may find some middle way to keep him engaged to us as well.

As of today, Sayman has left Facebook and joined Google. And, may be Sayman is another Silicon Valley superstar in making. And, we can only wish him all the luck he has earned and deserve (with a smile of course!)