In the suicide attack on CRPF soldiers in Pulwama district of Jammu and Kashmir, there has been a mention of the involvement of Pakistani terrorist organization Jaish-e-Mohammed. This organization is funded secretly by the government of Pakistan. Meanwhile, several Islamic countries came to support India and stated that Pakistan’s security forces cowardly work to protect ‘suicide bombers’.

Sushma Swaraj arrived in the country of Tehran after the anger of India and Iran against Pakistan after the brutal terrorist attacks in Pulwama and Iran. Now India and Iran have jointly issued strong messages of revenge against terrorist country Pakistan. India’s foreign minister Sushma Swaraj stayed in Iran for a while during her visit to three countries, where she talked about this matter with Foreign Minister Seyed Abbas Araghchi of Iran. 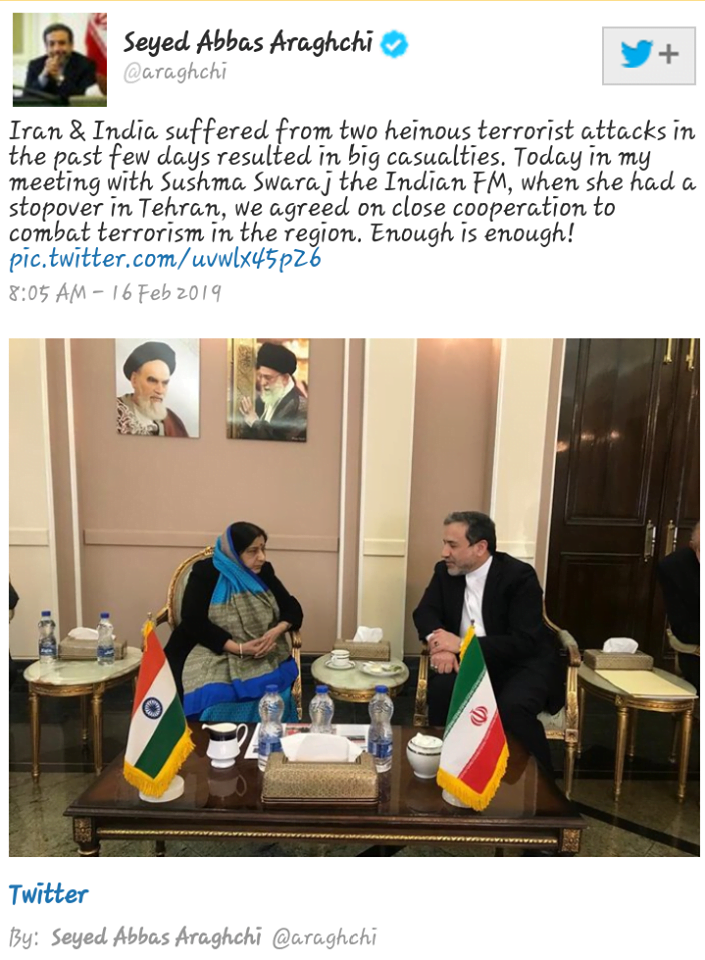 Seyed Abbas Araghchi later tweeted, “In the last few days, India and Pakistan have been victims of terrorist incidents. We and India have agreed to cooperate with each other to end terrorism. ” Swaraj visited Iran at a peak time when Crown Prince Mohammed bin Salman of anti-Iran cronies of Saudi Arabia is going to Pakistan. After Pakistan, Prince Bin Salman will come to India, where he has a schedule to meet Prime minister Narendra Modi and Petroleum Minister Dharmendra Pradhan. 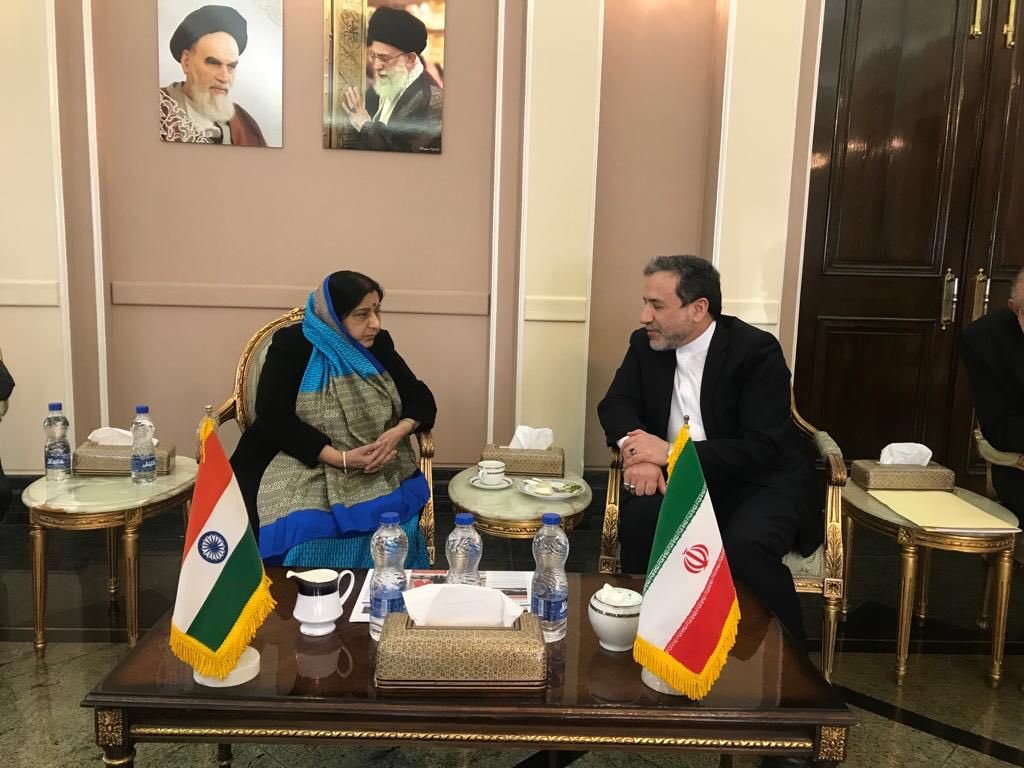 The honorable Prime Minister of India Narendra Modi had warned Pakistan that it will have to pay a hefty price after the horrific attack on our CRPF soldiers in Pulwama district of Kashmir. Now Iran has joined hands with India and have threatened Pakistan. Iran stated that 27 revolutionary guards were killed by Pakistan this week. Iran has warned in a strict expression that the price of this attack will be paid very soon. 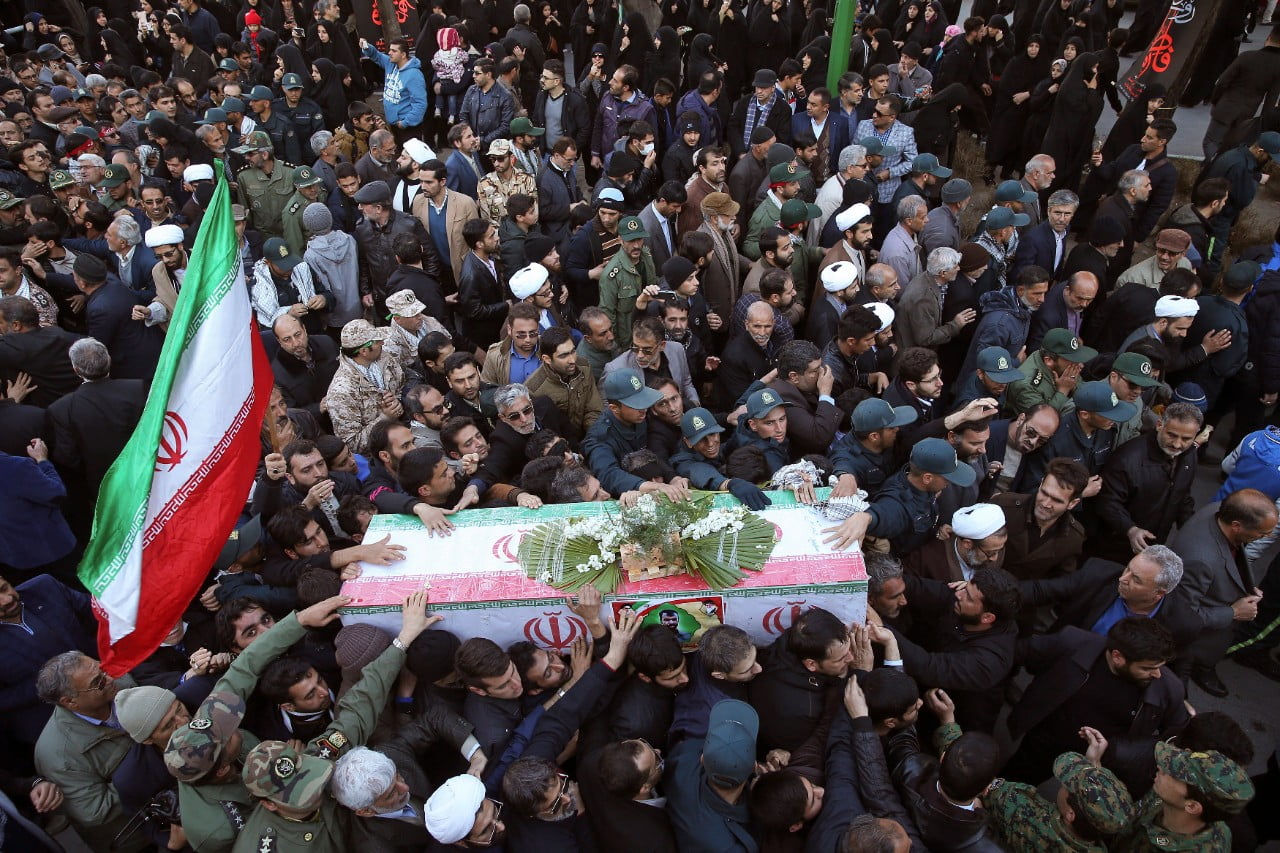 The Iranian Foreign Ministry said in a statement: “Iran hopes Pakistan’s government and its army will take this matter of terrorist activity seriously as their various terrorist group is active on the border of Iran and secretly funded by them.” An official in the ministry identified those who carried out the attack appealed urgently to take necessary actions to arrest them.

In two separate incidents in the frontier Balochistan province of Iran, the soldiers killed six Pakistani rangers. The first incident occurred in the hills of Panjgur district, where four soldiers of Frontier Corps (FC) of Pakistan were killed by Iran. The second incident took place two hours later in the Lorlai area when two FC soldiers were killed in Iran’s border.