By visiting Google Search, if you type “best toilet paper in the world”, you will see the Pakistani flag in Google Search Results. In Pulwama, 40 Indian soldiers have been martyred and meanwhile, people are making fun of Pakistan on social media. This new trend has started on the Internet about Pakistan. Online troll communities and meme pages have uploaded it all over the internet. 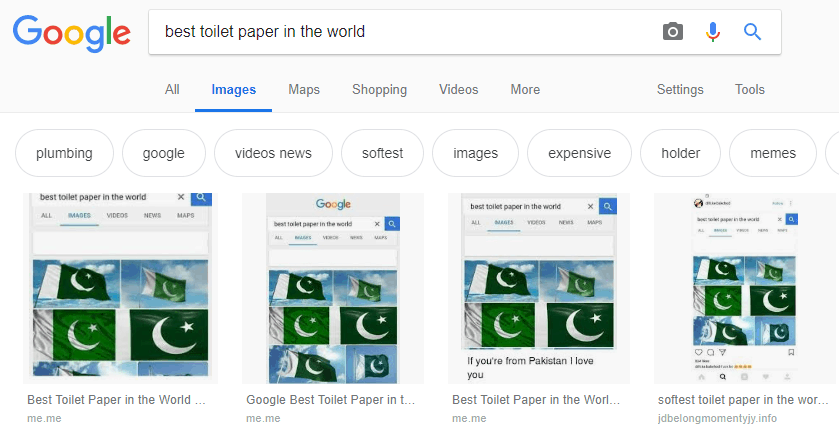 On seeing the Pakistani flag in the toilet paper search result on Google, people started posting in different social media platforms. It is worth mentioning that this social media trend has surfaced on Thursday after two days of the suicide attack on the convoy of CRPF jawans. During the attack, a terrorist crashed into a convoy of a truck carrying gunpowder and around 40 soldiers were killed in the incident. This attack was carried out by terrorists belonging to Pakistan. Several celebs and even remarkable characters around the world have posted this.

This is not the first time Google’s algorithms are acting weirdly. Last year, during the US elections, President Donald Trump was seen in the search results of Google when people searched idiot. Indeed, people against Donald Trump had opposed them singing a song called ‘American Idiot’. The same protest showed the results associated with Donald Trump on searching the Idiot word. However, the Pakistan flag popping up after searching “Best toilet paper” is quite hilarious and funny.

#Besttoiletpaperintheworld is also trending on Twitter. People are sharing screenshots of search results. Not only this, Google is showing photographs of Pakistani Prime Minister Imran Khan while searching the word “beggar”. This is because the economy of Pakistan is sinking deep down every minute as several powerful countries have stopped funding Pakistan because of its incapability to stop terrorist activities. 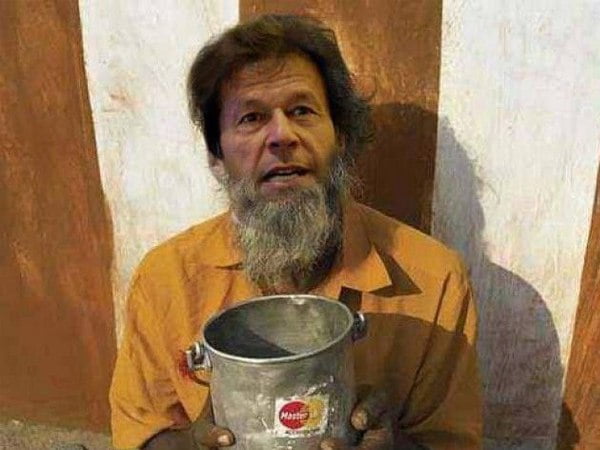 Cyber experts believe that after the martyrdom of 40 soldiers in the attack on CRPF convoy in Pulwama, Jammu, and Kashmir, there is anger throughout the country. In such a situation, the demand for action on Pakistan is gaining ground. Someone might have tried to tamper with Google search results through Google Bombing.

After the Pulwama attack, a notorious group of people or group must have used the photograph of Pakistan flag along with the word ‘best toilet paper in the world’. With the same word-of-word being used by Pakistan’s flag repeatedly, Google’s algorithms are being shown as such. This would have been an attempt to influence the Google search result.