Many of us might be knowing Rihanna as the single most female pop sensation of the 21st century who made a permanent mark over the listeners of mainstream Hollywood music. She dominates her territory like the queen and is nothing short of a legend when it comes to her career.

But what many perhaps don’t know is her real story behind the success that everyone so much admires. 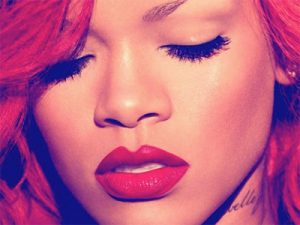 Her mother, Monica, is a retired accountant, and her father, Ronald Fenty, is a warehouse supervisor.

Rihanna also has two brothers, Rorrey and Rajad Fenty, along with two half-sisters and a half-brother from her father’s side, each born to different mothers from his previous entanglements.

Unlike the queen she is now, she wasn’t born in a glass palace. Rather she was brought up in a three-bedroom bungalow in Bridgetown. Until her early teens, she used to sell clothes with her father in a stall on the same street.

Rihanna’s childhood was more coarse than many of ours as she was deeply affected by her father’s addiction to crack cocaine and alcohol. This depressing fact has also contributed to her parents’ rough marital life.

As a child, due to the daily day domestic violence she used to face, she had to go through a lot of trauma. 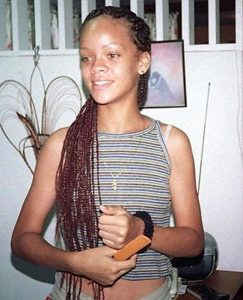 So much so that she went through a numerous CT scans for the excruciating headaches she endured repeatedly:

The doctors even thought I had a tumor because it was that intense.

As she turned fourteen, Rihanna’s parents divorced. But due to this, the domestic violence was no more existent. And suddenly due to the extinguishment of the underlying cause, her health surprisingly began to improve.

But what had already happened left a permanent scar over Rihanna’s mindset and she found her solace in music. She started listening to reggae music and later began singing at around the tender age of seven.

She dropped her high school to learn full-time music and eventually became a trained singer at a very early stage of her life.

Enter 2003, when the young Rihanna formed a musical trio with two of her classmates.

It was one single stage performance when the trio went to perform and during that event, Rihanna we now know was discovered by the famous American record producer Evan Rogers.

The minute Rihanna walked into the room, it was like the other two girls didn’t exist.

Rihanna was the called to Rogers’ hotel room, where she performed one solo track. With her impeccable mastery at music, she impressed Rogers who instantly scheduled a second meeting with her. And in presence of her mother, she recorded her first demo tapes which were later sent to various record labels.

Due to her introvert nature, Rihanna initially had a real tough time interacting with people and was hesitant to sing in front of unknown people present largely.

I didn’t have stage fear. But I feated looking at people and singing. But then I thought, fuck everything. I told myself sing like your breath. And another second was perhaps the best moment of life.

A month after the release of her debut album, Rihanna got a quick contract and began working on her second studio album. 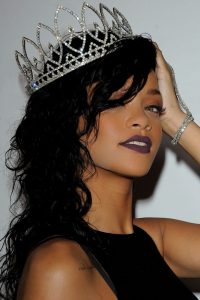 A Girl Like Me was released in April 2006. Rolling Stone reviewed the album as extremely likable.

The album became a commercial success and hit the charts at the top ten in thirteen countries worldwide.

As her career progressed, in next 5 years, Rihanna became the leading music diva in Hollywood dethroning the likes of Britney Spears, Miley Cyrus,  Lady Gaga and Maddona. She also made several collaborations with Eminem, Nicki Minaz, and Drake. 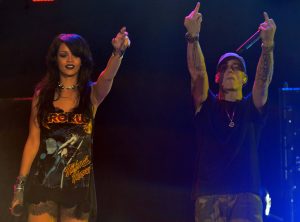 She also got involved in several controversies like getting physically assaulted and threatened by her ex-boyfriend Chris Brown and stereotype for a while as Hollywood’s new Sex Symbol! But that didn’t stop her from becoming the legend she is today.

She is well known for her regular experiments regarding rediscovering her style as a singer.

Today, Rihanna is known as one of the best-selling artists of all time. She is the youngest and fastest solo artist to earn fourteen number-one singles on the Billboard Hot 100, as well as boasts a current total of 31 Top 10 Hits on the same chart. 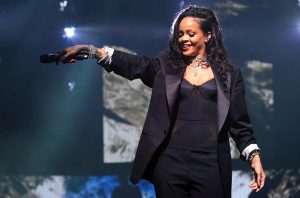 When asked about her journey from a troubled child to the queen of Hollywood Pop, Rihanna candidly remarks:

I believe in God and music is what I breath. If there is any form of love that I come across is a form of music for me. If God has been any kind to me, music has been the gift he ever sent me. And I can not be more thankful for all that has happened.