For the quarter ended June 30, 2017, Puravankara Group profit surged by 116% to Rs. 17 crore net profit as compared to Rs. 8 crore for the earlier quarter.

The balance collections from sold units in launched projects stands at Rs. 1,163 crores as of June 30, 2017. 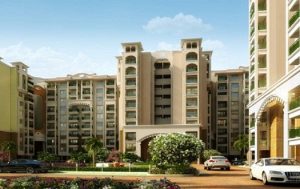 Ashish R Puravankara, Managing Director, Puravankara Limited, said, “Q1 results began with a good note on continued sales momentum especially on our ready and near- ready products, higher margins, improved profitability and a stronger balance sheet. This quarter’s performance must be seen in the context of the impact of GST, RERA and a weak demand environment. Despite challenges, our results were better in this quarter. Our focus will be on prudent capital allocation and speedy execution, as well as scaling brand Provident, as affordable housing is driving demand in terms of home sizes and ticket sizes. The Group continues to de-risk its business geographically with a growing presence in West India and Hyderabad.”