She fought against all social stereotypes. Meet our #KBCKaramveer #SudhaMurthy this Friday at 9 PM and know how she reformed thousands of underprivileged lives. @SrBachchan pic.twitter.com/NtvJEQ1yM3

In the teaser of the show, Sudha Murthy starts her talk with her engineering college. She told that when she took admission in engineering college, she was the only woman among 599 boys. She also told that while taking admission in the college, her principal had asked her to come to college only in saree. Moreover she was asked to stay away from college canteenand not to talk with boys.

After this, she said, “I accepted the principal’s conditions and the canteen there was so bad that I would never go by myself.” Talking about the third condition, she said, “I did not talk to the boys for one year, but in the second year they came to know that I have achieved the first rank, then they all started talking to me.” In this 5-minute teaser, she also talked about her work with the Infosys Foundation. She told how she has worked for the Devadasi society and got 16,000 toilets constructed. 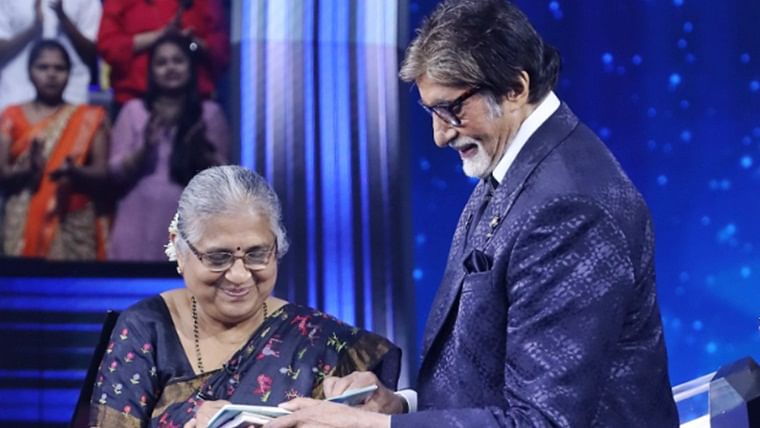 Regarding the finale episode of KBC, Amitabh said that this last week has been named Vijay Vishwas. So far, four contestants have become crorepati on the show this season. In this episode, some Mumbai Fire Brigade companions and 70 employees of the cleaning department will also come to the show.