Madhumita Pandey is a twenty-six years old is a young social activist and a doctorate who has interviewed the essential “monsters” at the New Delhi based Tihar Jail, India’s most secured jail which caters worst of criminals. She there talked to several convicts one-to-one and reported thereafter.

It all started four years back in 2013 when the event that rendered the very core of humanity occurred on the cold streets of New Delhi. Yes, we are talking about the unfortunate Nirbhaya Rape Case which made (twenty-two years old, then) Madhumita Pandey research on the very topic of rape and criminal mentality. 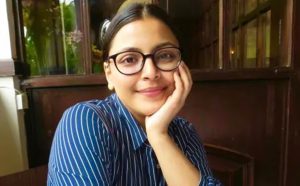 The event, in brief, can be explained as one of the most highlighted and brutal rape cases in the history of Indian crime records when one girl returning to the hotel after watching a movie with her male friend was gang raped, mutilated and murdered in a moving bus in main city roads.

The hideous incident dragged thousands of Indians to the streets to protest the then-frequent and growing rape culture in the December of 2012.

And since then, Pandey has spent months talking to rapists in Delhi’s Tihar Jail. 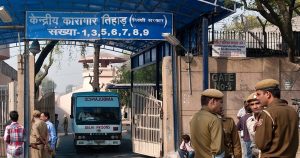 Most of the men she used to meet at the jail were uneducated, only a handful had graduated high school.

Many were even as less educated as a third or fourth-grade dropout.

When I went to research, I was told that these men are monsters. But when you talk to them, you realize they are just ordinary. What they’ve done was because of upbringing and developed mindset courtesy their basic surroundings.

In even sophisticated Indian households, and even in more educated families, women are often bound to traditional roles. Many women won’t even use their husbands’ first names, right?

Pande further experimented the whole thing to make an accurate and confirmed observation:

As an experiment, I phoned a few friends and asked: what does your mom call your dad? The answers I got were things like ‘sunn rahe hain,’ ‘suniye ji,’ or ‘Ronak ke papa…’

Indian men have learned and envisioned a falsified version of masculinity, and women are also consecutively learned to remain submissive.

No wonder, we see Kunti from Mahabharat seeding Karna from Sun God’s blessing in form of sun rays coming out of his hand. Too neat to be real, no?

Sex has always been a taboo in Indian society in spite of the fact that we all wouldn’t have been here without that one biological process. And this seeded mentality plants the very rapist culture and make it a part of our own society.

Rapists we frown upon today are not aliens who’ve been brought in from another world, after all. 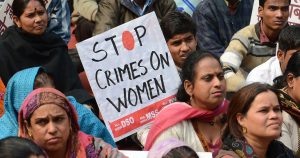 Pandey observed that story some of the rapists are very common to the held beliefs parroted even in her own family.

After you speak to the rapists, it shocks you- these men have the power to make you feel sorry for them. As a woman, that’s not how you expect to feel (especially after Nirbhaya) but yes, unfortunately in the larger periscope… the problem is seeded much deeper than we can imagine.

At several times, I would almost forget that these men have been convicted of raping a woman. In my experience, a lot of these men don’t realize that what they’ve done is rape. They don’t understand what consent is. They are not bought up to understand a ‘No’.

Take her comments this way: Imagine that you develop a weapon of destruction. What should be the weapon’s core nature? The weapon only knows what it is programmed for. Twenty-six years old woman further adds:

The Orthodox mindset and upbringing have to be stopped with an immediate force of mass awareness or else you can kill one rapist and a thousand more would sprout in surplus on a daily basis.

Moreover, sex education is legally a no-go in India; our system finds them to be corrupting and not-suitable for kids. Kids are made and falsified to see sex as something sort of out of the world phenomenon both at home and school.

Remember how your father turned the TV off on some intimate scene of a Hollywood movie or how your middle-school teacher frowned when you had shared your bench with your female classmate?

Ask yourself. Are these just the rapist or the majority of Indian men do carry this stingy hypocrite mindset where they come first.

Parents won’t even say the words like penis, vagina, rape or sex. If they can’t get over that, how can they educate young boys?

But it was one particular convict who sent Pandey on an unexpected sense of shock. He expressed his remorse for raping a 5-year-old girl as:

Yes, I feel bad, I ruined her life. Now she is no longer a virgin, no one would marry her. I would accept and marry her when I come out of jail.

The response punched Pandey’s conscience so hard that she drove straight to the victim’s family.

But, when she found the girl’s mother, she learned that the family had not even been informed that their daughter’s rapist was in jail.

Today, after four long years- Pandey has completed her doctoral thesis at the criminology department of Anglia Ruskin University in the UK by interviewing about 100 of convicts at Tihar jail.

Pandey is about to publish her research in the coming months and she concludes her observations on this sharp note:

They might think, here comes another feminist. They assume a woman doing research like this will misrepresent men’s ideas. Where do you begin with someone like that?

Change doesn’t belong to a whole frame of society without incorporating within yourself.