Having a stronghold over English comes handy in every walk of life, especially when one wishes to achieve feats in one’s career. Not just that, the craze for speaking English fluently is so high that it makes or mars an individual’s confidence. Remember the Bollywood movie ‘English Vinglish’ where Shakti, a homemaker, who is underestimated by her own family for her efforts, goes to her sister’s place in the USA and ends up taking spoken English classes. This is how she intended to regain her self-confidence which was in shatters, courtesy her family.

But luckily for us, we do not have to travel to America to learn English. Bangalore based education tech-startup Kings Learning has come up with the option of a mobile-based app Enguru in collaboration with Jio to make the learning of English accessible to all. 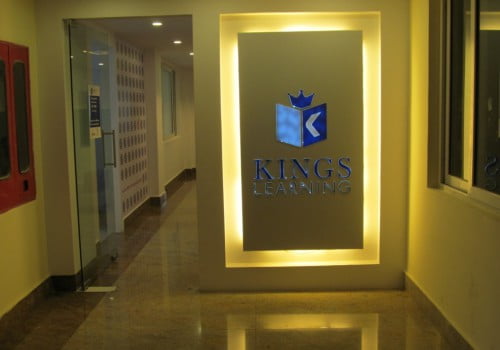 It is a growing startup and had raised $2.5 million (about Rs 15 crore) in funding from Michael & Susan Dell Foundation, together with other US-based tech investors last year in the month of August.

What is the plan?

The newly launched Enguru Jio Phone app will now cater to the mass Indian audience that is using the Kai os powered smart feature phone. Within 24 hours of its launch on Jio phone, the Enguru app managed to hit over 120,000 downloads and has been cumulatively downloaded a million times in first 18 days since its launch.

Jio has been a major force in the telecom industry since its launch in September 2016 – bringing down prices dramatically and managing to capture 14% of the market in one year. The Jio Phone was launched in July 2017. It was the first phone that aimed bridging the gap between a smartphone and a feature phone.

It offered 4G capability and all the crucial functionality that comes with it to India’s massive feature phone audience.

This is something that Kings Learning capitalised on.Enguru was built to address employability issues faced by many graduates in India, especially from the underprivileged background. However, it was unable to reach those of them who did not possess smartphones. Having the enguru app on Jio phones would enable them to reach out to a larger target group.

“For most Jio Phone users enguru will be their first mobile educational tool and that is very exciting for us. The initial response has been terrific and we are looking forward to what’s ahead!”

Through this association, Kings Learning is focusing on building up the audience that were initially followed by creating tangible learning outcomes and then eventually addressing monetization. The Jio Phone has opened up new avenues for several users and also startups like Kings Learning to add value to the experience of millions of users.