It may have several significant problems right now, but a new leak regarding Apple’s 2018 iPhones suggests the company still has the power to surprise us. In a research note obtained by MacRumors, Barclays investment bank analysts Andrew Gardiner, Hiral Patel, Joseph Wolf and Blayne Curtis claim Apple’s new iPhone line-up will look very different to what we have today.

In meetings at CES, we remain confident that Apple is set to deploy its TrueDepth 3D sensor across the iPhone range in 2018.

The analysts claim the range itself will be comprised of three iPhone X-based designs: a second generation iPhone X, larger iPhone X Plus and new, cheaper LCD model I dub the iPhone X SE.

In addition to this, Barclays believes Apple will deliver a second generation TrueDepth sensor (part of the Face ID technology inside the controversial iPhone X notch), potentially reducing in size and improving in specificity.

Face ID will also be added to Apple’s 2018 iPad Pro refresh which is coming this summer. 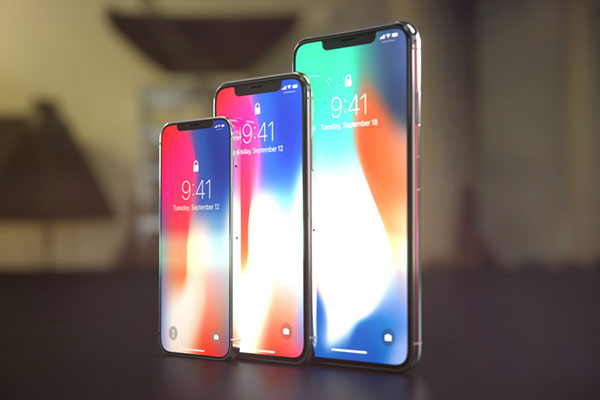 Interestingly Barclays data contradicts a report last month that the second generation of Face ID would not be ready until 2019. But Barclays remains confident in its position, adding that a front facing Face ID sensor is just the start.

Our discussions with suppliers suggest Apple and its partners are working hard on a world-facing (rear) solution.

The downside is Barclays believes it will be 2019 before Apple is ready to add a rear facing Face ID to the current front facing solution. But its findings are in tune with both Bloomberg News and acclaimed KGI Securities analyst Ming-Chi Kuo who have previously backed a 2019 launch for this dual-sided technology.

Now the hope is Apple can swiftly address the problems haunting it from the past, so we can all focus on the company’s increasingly exciting future.