Andhra Pradesh is on the top in the list of states having highest employability which is then followed by West Bengal and Delhi while the engineers have continued to be the mist employable as per the skills survey. 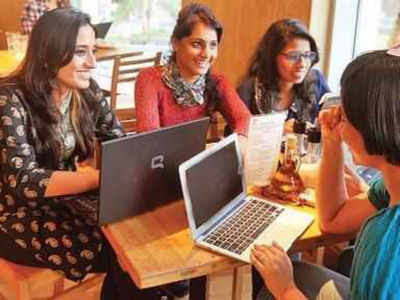 Nearly more than 3 lakh students from all the 29 statrs and 7 Union Territories have appeared for the work employability and skills test conducted between July 15 and Ocober 30.

The subjects on which the test was conducted on the subjects like English, critical thinking skill, numerical aptitude, domain  knowledge, behavioural competence.

The survey also tells that the MBA courses havre lost some of their appeal with the employability thereby dropping 3 percent points over the last year, according to the India Skill report 2019 prepared by People Strong, Wheebox and CII in partnership with the All India Council for Technical Education, UNDP and the Association of Universities.

Haryana and Rajasthan have made it to the top 10 for the states having the highest employability while the Madhya Pradesh, Gujarat and Punjab have dropped out of the top in 2019.

Rajasthan and Haryana have made it to the top 10 for states with the highest employability while Madhya Pradesh, Gujarat and Punjab dropped out of the top 10 in 2019.

Amongst all the cities, Bengaluru have topped the list which is then followed by Chennai, Guntur, Lucknow, Mumbai, New Delhi, Nashik, Pune and Visakhaptanam.

Guntur and Visakhapatnam have entered the top 10 cities’ list after a gap of two years. The list also features Thane and Nashik, which gained entry for the first time.

“The presence of these tier 2 and tier 3 cities makes it clear that the employable talent pool is not limited to metro cities,” the report said.

The survey showed almost 70% of freshers expect an annual Rs 2 lakh or more as their first salary and 47% of candidates expect Rs 2.6 lakh or above as their first pay check.

The survey showed that almost 64% of employers have a positive outlook on hiring and it is expected to be 15% higher compared to last year across nine major sectors. Demand for those with skills in artificial intelligence is seen robust.

The key jobs in terms of hiring potential are: artificial intelligence, design analytics, research and development. About 23% of employers plan to hire for design jobs.

The survey showed that most of the hiring would happen for lateral positions but 15% to 20% hiring would be for freshers.

“Almost 40% to 50% of existing jobs which are transaction heavy would get automated. The key sectors are IT, financial services, manufacturing, transportation, packaging and shipping,” it said

ALSO READ:  International Men’s Day: Enjoy Your Day With Your Someone Special