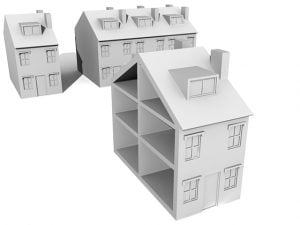 Goyal Group has come with an new initiative known as Wedevelopment, a risk free approach for housing societies in the mode of redevelopment.This revolutionary model will define the way the redevelopment is approached.

Wedevelopment manages the entire process right from getting the feasibility done, to arranging funds, managing the construction, authorities and the sale of flats and it also works with experts through a stringent process.

In the existing models of redevelopment, there is a constant tug of war between the developer and the society members, each aiming for a bigger pie. With Wedevelopment, now societies can get advantages of both the routes and that too at zero risk.

Wedevelopment also brings a process which ensures transparent redevelopment by getting the required funds, managing the entire construction, as well as the selling process, while ensuring timely handover of the redeveloped property, said Pranay Goyal, Managing Director, Wedevelopment.

He added, “Wedevelopment will be changing the landscape of Mumbai and of the redevelopment industry too.”

Given that over 60 per cent members of the society undergoing redevelopment are senior citizens, Wedevelopment’s real estate expertise, professional and risk management, will make redevelopment a hassle-free process.