A team of researchers has come forward to set up a dedicated ‘crowd-sourced’ website on reptiles. It’d take use of the citizen’s science program, which will also prove to be a critical resource.

Now that’s some serious news brewing under our noses and that too on a very positive note. 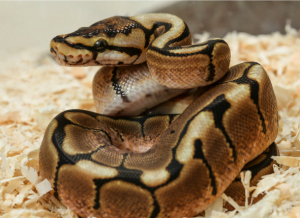 It’s a harsh reality that Animal cruelty is evident in our country. We don’t maintain a clean environment for most parts and endanger the precious wildlife that has co-inhabited with us since the very beginning.

In country 120 crores humans, we already have 40 species of animals extinct and 150 on the verge of it. These figures not only concern us a community but also raise a question mark over the basic civic sense we are ought to have.

This website can be a much-required attempt to ensure wildlife safety, spread environmental awareness and educate people about Reptiles and the endangered species.

The website was ideated by the four major Indian naturalists- Krushnamegh Kunte, Varad Giri, Akshay Khandekar and has been designed by Purnendu Roy and will be named ‘Reptiles of India’.it’s supposed to serve three basic objectives:

First, to collect the available information on each Indian reptile and make it readily available on the website.

Second, to actively collect new information and regularly update the database through research.

Third, to communicate this information to policy-makers and work together with various governing bodies, so that the information is used in the favor of reptiles and their habitats in India.

According to one of the co-founders of this website:

It’s a one stop information site and we urge people to contribute as it will make this website a very strong resource. Every single image sent is first curated and the species is identified. Only then is it uploaded to ensure there is no mistake.

We have received images of several rare reptiles, including Jaipore ground gecko, Jerdon pit viper, spotter eastern ghat skink and others. While we encourage those uploading images to add the location too, in case they feel they don’t want a rare species to be disturbed, they can give a broad location like the district too!

As of now, reportedly, the team has already collected and arranged of 240 reptile species of the 615 found in India and the website is up for crowdsourcing at various public platforms.