The iPhone X has been the talk of the town since it was launched. And why not? It has got everything which it was anticipated to cater- an OLED display, the AR integration, Bezelless design and an out-of-the-world price point.

Festivals are coming and every manufacturer is giving away huge discounts on their mobole phones.

And what Apple has sneakingly done after the launch of its 2017 line-up is selling one of its in-bound models for a mouth-watering price of INR 18990 – which is the iPhone SE. 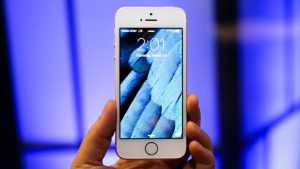 The iPhone SE has been an extremely underrated smartphone – it is practically the iPhone 6s wrapped inside the body of an iPhone 5s.

And by the way, it carries the same design which Apple loyalists might still consider the most original.

The SE is a pocket rocket when it comes to performance. It is extremely fast- for it is powered by the the same A9 chipset found in the iPhone 6s. And because it has less pixels to cater (thanks to the smaller 4-inch retina display), the phone is actually faster in certain situations than its elder brother.

It also upgrades to and runs Apple’s latest operating system (iOS 11) without breaking a sweat whatsoever.

Though there is no inbuilt barometer unlike all other iPhones, or the 3D touch and an inferior front camera, SE  is still a loot at INR 18990.

At INR 18990, what you are getting is an Apple iPhone which is exactly the same to that of 6s albiet with a great rear 12 MP 4K camera, a timeless design, stellar performance and the functionality of iOS 11.

The iPhone SE retains a fingerprint sensor embedded into the home button up front and a gorgeous 4-inch retina display which makes the device extremely handy and pocketable.

It comes in Space Grey, Gold, Silver and Rose Gold with an onboard storage of 32 GB.

All in all, if you are okay with the 4-inch display and the peculiarity of Apple’s iOS ecosystem, the iPhone SE offers you a tremendous value for money, which perhaps the iPhone X does not (yet).