The Roads and Transport Authority’s (RTA) autonomous taxis would help ferry Dubai Metro and tram passengers to their final destinations. The vehicle that would tentatively run on the dedicated routes at the Dubai Silicon Oasis has the “top safety” and the security standards reported the RTA.

Also, it is equipped with sensors and the cameras those can fully view the traffic and the road conditions thereby controlling the vehicla and avoiding the collisions.

“The autonomous taxi contributes to the integration of mass transport systems by facilitating the movement of public transport users to reach their final destinations (last mile),” said Mattar Al Tayer, Director-General and Chairman of the Board of Executive Directors of the RTA. 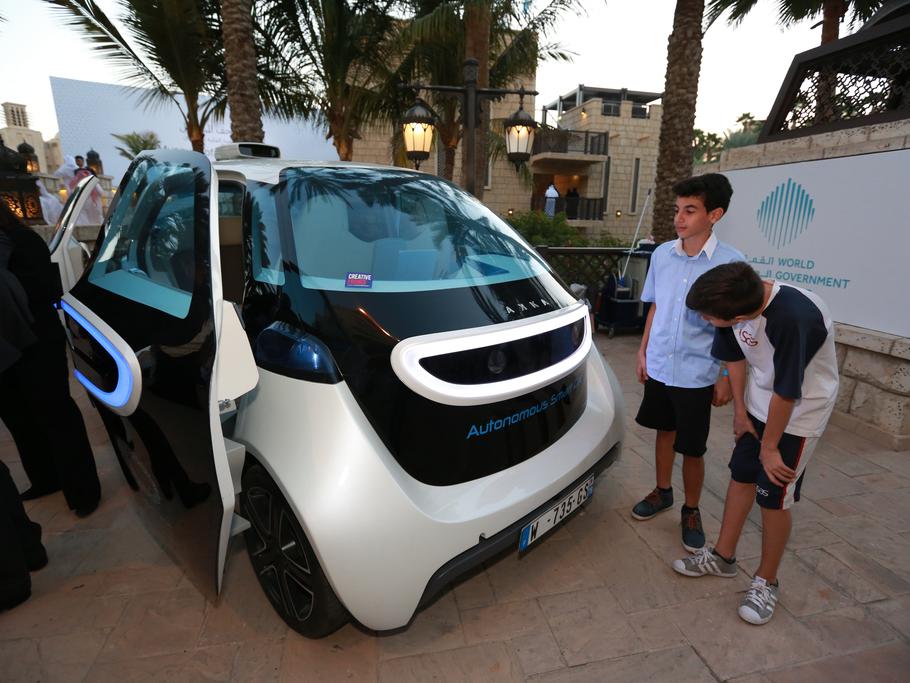 The five-day technology week will see government and private entities compete with each other to showcase the latest innovations. Held under the theme ‘Experience Future Urbanism’, the week focuses on startups, AI and new-age technologies that benefit the public and drive the future of transportation and mobility, retail, healthcare and education.

The driverless taxi is in implementation of the Dubai smart self-driving mobility strategy which is aiming for transforming nearly  25 per cent of the emirate’s total journeys into the self-driving ones by 2030.

The authority will also be showcasing the other cuting-edge technology at Gitex that also includes the robot cleaners for Dubai Metro stations , 3-D printed Metro spare parts and the automated chat bot system which is AI-powered.

ALSO READ: Paisabazaar ties up with Alexa and Google Assistant