Apple Inc. and Indian Government have been interchangeably on the verge of negotiations since past many years. 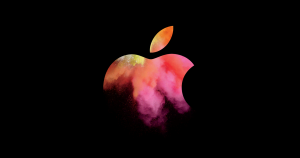 The tech giant’s relationship with the Indian government had been challenged when it came to approvals for setting up retail stores, selling used iPhones and getting economic concessions such as tax breaks for local manufacturing.

Now that Government of India has allowed Apple to manufacture iPhones at Bengaluru under the make in India project, Apple has seen a high rise in product sales and export differences in the South Asian counterparts.

But, now again courts of negotiation are in session and this time Indian Government has asked Apple to violate one of its core values in order to long their stay in the country for further productions.

TRAI has developed a Do-Not-Disturb app for iOS users lately, and due to some policy breach, Apple had rejected the app from getting into the App Store.

The app allowed people to share spam call and text message logs with the Trai by the help of which the regulatory agency could alert mobile operators to block the spammers.

But, this provision violated Apple’s privacy terms which has a stern line on what and how much data is to be shared with governments.

Apple is known for taking such bold stands, as in the US too it refused to help the  FBI in unlocking an iPhone that belonged to one of two people who killed 14 people in San Bernardino, California, last year.

At Apple, your trust means everything to us. That’s why we respect your privacy and protect it with strong encryption, plus strict policies that govern how all data is handled.

I want to be absolutely clear that we have never worked with any government agency from any country to create a backdoor in any of our products or services. We have also never allowed access to our servers. And we never will. That will absolutely break Apple and we cannot afford that. 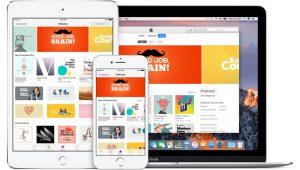 On the counter side, Indian authorities are either not happy about Apple’s stand. Ram Sewak Sharma, chairman of the Delhi-based telecom regulator says:

Nobody is asking Apple to violate its privacy policy. It is a ridiculous situation… no company can be allowed to be the guardian of a user’s data.

TRAI has already conducted over half a dozen (failed) meetings with Apple to resolve the issue. On a funny side, the app is already available in the Google Play Store.

It is still unclear about what can happen in near-future, but as of a closing statement, Sharma said:

We are currently seeking public and stakeholder comments on a consultative paper on users’ control over their personal information and rules on the flow of data through telecommunications networks.

The process, scheduled to be completed in September, could eventually lead to new rules governing user data. That could also become part of the telecom licensing process.