Nowadays, our government is considering to make (manufacture) mobile phones and participate in the entirely privatized sector of mobility and telecommunication.

But these phones will only be made available to security forces and will have immense security and advanced mobile features to prevent any potential breach. 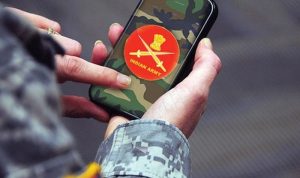 Reportedly, the government wants to save the data of the security forces and their communications equipment to be completely safe.

Regulating the production protocols and the facility will enable the government in customizing its devices according to the needs of soldiers.

According to various sources,

Government can also include several direct domestic mobile phone manufacturers to help in the establishment of industry and tech supports.

From the Ministry of Information and Broadcasting, Mr. Ravi Shankar Prasad has already held a meeting to shed light on the possibility of making mobile phones only for security forces and discussed the mobile phone’s features.

Given with the recent tensions across borders and possibilities of proxy servers, we have initiated a plan to restrict foreign trade of mobile phones to be used officially by the Indian Army and Military forces. Instead, we have plans to provide them with official gadgets, all locally manufactured and monitored by the Indian Government.

The devices are said to have highly durable exteriors, advanced location services, highly encrypted file systems and thermal imaging processors (for night visions) as standard apart from all the basic technology.

The primary purpose of the government behind this unique proposal is that Indian law agencies will control all the activities of security forces.

The materials to be used in the production process should be synced with those law servers so that the government and the legal agencies can have full monitoring over it.

Terms of privacy and usage restrictions are yet to be discussed. It is also being rumored that the work can also be outsourced to any major Indian mobile company via third party tender.

Moreover, India won’t be the first country to do so. China and US already imply these measures to ensure maximum security assurance across borders. So, this is only fair to proceed with this step to take the competition heads on.

Now it can only be the time that would definite the fate of this significant project.