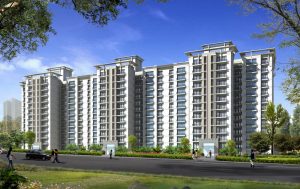 Affordable houses terms the housing needs of the lower or middle income population. The Government of India has taken steps to make affordable house available to everyone.

Budget 2017 has proposed infrastructure status for affordable housing, and increased the allocation for the Prime Minister Awas Yojana to Rs. 23,000 crore for Housing for All mission by 2022.

“According to estimates, around 600 million people are expected to settle down in urban India by 2031, a rise of whopping 59 per cent over 2011. The current housing deficit in India stands at 19 million units, which in the absence of any meaningful intervention, is slated to double to 38 million units by 2030. Thus affordable Housing is the need of the hour. Fortunately, the government is collaborating with private builders to make affordable housing a reality. The most important factor that has provided a fillip to affordable housing is granting of infrastructure status. RERA has also infused fresh hopes in home -buyers. With the government grating slew of incentives to the sector, the sector has become a serious business arena for developers.

According to ICRA report, affordable housing segment in India is set to grow at a faster pace than the rest of the real estate sector — at over 30% in the medium term. Other factors that have given a fillip to affordable housing are massive urban inward migration” said Ssumit Berry, Managing Director, BDI Group

The RERA (Real Estate Regulatory Act) has been one of the biggest reforms that have heightened the real estate Industry in India. The pro-buyer attitude of this act has been highly appreciated by the investors.

India introduced GST (Goods Service Tax) on July 1 and replaced the multiple taxes levied by the central and state governments.

“The gateway of Rajasthan, Bhiwadi has emerged as a great investment zone for the home buyers Offering all the lifestyle amenities at comparatively lower prices which emerged makes as the most affordable destinations in the market. With its close proximity to the Gurugram, DMIC & Indira Gandhi International Airport make the region well connected. Due to this, the place has attracted a lot of industrial activity and is presently witnessing a robust development in the residential, commercial and industrial sectors. The area is proving to be a perfect option for those who have a dream to own their own homes” said, Rohtas Goel, CMD, Omaxe Ltd.