Jim Carrey is perhaps one of the most loved actors of all time. His slapstick comedy and screen presence are still unmatched. From Golden Globes to BAFTA, the actor has won it all and is known for his versatility and charm.

But behind this ever grinning actor remains a poverty-stricken child who grew up to be one of the best actors that Hollywood has ever seen. 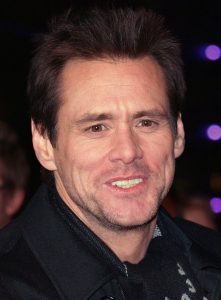 Jim was born to a poor Catholic household and his father worked at a local music company and was a freelance accountant.

Despite a good name in society, their entire family’s income was below than even an average earning man. The major reason was his father’s conflict in interest.

His father loved music but could not make it big and though accountancy can fetch a good income, his father did not do it much seriously. So what interests him didn’t make him earn and vice versa.

Moreover, little Jim had grown a passion for acting from quite a tender age. He lived in Burlington, Ontario, for eight years, and attended Aldershot High School.

Once the actor has also noted on a candid note:

If my career in show business hadn’t panned out I would probably be working today in Hamilton, Ontario at the Dofasco steel mill. 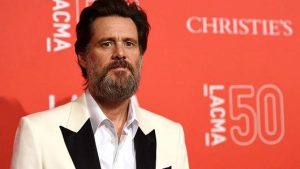 Later when Carrey grew up despite his financial troubles he chose to opt for acting.

It was better to do what I knew than what I did not. Money was a no-go anyway… so why leave your dream for a no-go?

When he was struggling to obtain work and make a name for himself in Hollywood, his father impressed by his dedication tried to help the young comedian put together a stage act at Toronto.

He continued his stage shows, however, his family’s financial struggles made it difficult for them to support Carrey’s ambitions. So he called it a quit.

But later, the family’s financial problems were resolved and they moved into a new home.

With more stability at home, Carrey returned to the stage with a more polished and mature act.

In a short period of time, he went from open-mic nights to regular paid shows, building his reputation in the process.

With his newly found reputation as a stand-up comedian, Carrey decided to move to Hollywood. There he where he began performing at The Comedy Store and, in then, appeared on the televised stand-up show An Evening at the Improv. 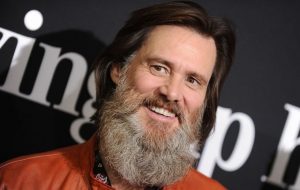 The following year, he debuted his act on The Tonight Show.

Consecutive pitches and hard works made him one established name in Hollywood but his major breakthrough came in 1994 when he was cast in two of his most remembered and significant lead roles in The Mask and Dumb and Dumber.

Dumb and Dumber was a commercial success, and he received his first Golden Globe Award nomination for Best Actor for his work in The Mask.

During his career, there were other highs and lows as well. Carrey has been a prescribed patient of depression but eventually overcame it.

Today, he is a household name and an integral part of Hollywood’s cinematic timeline.

What Carrey’s story teaches is that doesn’t matter how hard the times are, we should always hold a smile on our faces… Just like the legend called Jim Carrey does!