Twitter on Friday introduced its first-ever emoji that celebrates Puthandu (also known as Puthuvarusham) and Vishu — the New Year celebrations in Tamil Nadu and Kerala respectively — that fall on April 14.

The emoji will be active from April 14 at 9 am until April 15, Twitter said in a statement. 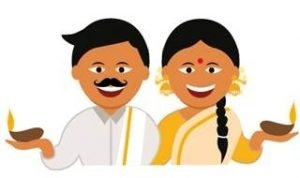 “We’re excited to celebrate Puthandu and Vishu with a special Twitter emoji which will be activated through English, Tamil and Malayalam hashtags,” said Keya Madhvani-Singh, Head of Entertainment Partnerships, Twitter India.

Various celebrities, including actor Mohanlal, will join in the celebrations by wishing people a Happy Puthandu and Vishu.

People can tweet with the hashtags #HappyPuthandu and #HappyVishu — which will also be available in Tamil and Malayalam languages — and the emoji will appear.

We are happy to celebrate the Tamil and Malayalam new year with a special #HappyPuthandu and #HappyVishu emoji launching tomorrow! Tweet with the English, Tamil #புத்தாண்டுநல்வாழ்த்துக்கள் or Malayalam #വിഷുആശംസകൾ Hashtags this weekend to see the special emoji appear. pic.twitter.com/0SVLTNJDLB

The emoji is designed to represent people celebrating Puthandu and Vishu by holding diyas, symbolic of the welcoming of prosperity and happiness during the year.

Twitter in the recent past has created a few emojis to celebrate Ganesh Chaturthi, Guru Nanak Jayanti, Ambedkar Jayanti and Diwali.