Winter has come and so’s Christmas. And the bull and bear are ready to lock horns to cash-in or cash-out the players who intend to play the Game of Stocks! 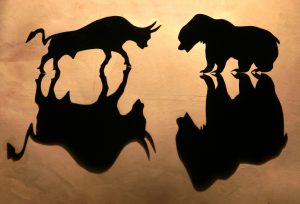 So to besotted on the Money-Throne and keep retaining your hard-earned wealth, you need to be a sharpshooter in choosing your investment destination.

Here are the top companies you should invest in for this winter:

The Housing Development Finance CorporationBSE 0.36 % (HDFC), board on Tuesday approved a proposal to raise Rs 13,000 crore by selling 5 percent equity shares to institutional investors, largely to maintain its stake in HDFC Bank and partly to expand into health insurance, affordable housing and stressed real estate. The company plans to get into health insurance either in partnership with HDFC Ergo or through acquisitions.

The Tata Steel board has approved fundraising up to Rs 12,800 crore through a mix of debt and equity, including a rights issue, to fund the company’s proposed 5 million tonne capacity expansion with an investment of about Rs 23,000 crore.

CCI has approved the scheme of amalgamation between IndusInd Bank and Bharat Financial Inclusion. The scheme remains subject to the receipt of approval from the RBI and regulatory approval including approvals of the stock exchanges, Sebi, the National Company Law Tribunal and respective shareholders

The company is in advanced talks to buy the retail broking arm of Religare Enterprises.

The promoter of cash-strapped MBL Infrastructure is eligible to bid for its assets, the Kolkata bench of the National Company Law Tribunal has ruled, clearing confusion over the position of non-defaulting promoters in saving their companies.

Jefferies has initiated buy rating on Asian Paints with a target price of Rs 1,300. The brokerage says that the company has a leading position in decorative paints and its focus on driving volumes and penetration has resulted in market share gains over the years.

The Comptroller and Auditor General of India (CAG) has pulled up five telcos — Tata Teleservices, Telenor, Videocon Telecom, QuadrantBSE -4.08 % (a Videocon group firm) and Reliance Jio Infocomm (Jio) — for allegedly understating their revenue by over Rs 14,800 crore, resulting in a shortfall of nearly Rs 2,578 crore to the exchequer.

Indian private sector lender Yes Bank is betting big on the clean energy sector in India, as it has jointly invested $400 million with European Investment Bank (EIB), a long-term lending institution of the European Union, in new solar and wind projects in the country.
The bank is also exploring investments in the electric vehicle segment, officials said. 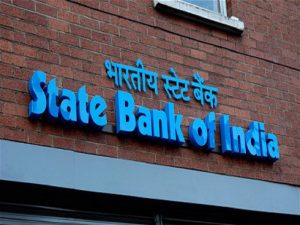 The search for the fourth managing director at State Bank of India has begun. The post fell vacant after Rajnish Kumar was elevated to be the chairman of the country’s largest lender. Insiders say that last week as many as 10 deputy managing directors of SBI were interviewed by Banks Board Bureau for the top position.