Rape has been an issue that is still repeatedly flashing off almost every day in the mainstream media. Though there has been outrages and mob awakening regarding this hideous crime, cases of rape are still common.

Blame it one the feudal mentality of our society or disobedience of the consent of a ‘no’, rape has become one of the most major issues of modern Indian society.

Ironically, in case of rape victims, it is often a reverse role play as the perpetrators are not even asked about, but the victim is thrashed with questions, allegations, frowns and more.

The stigma that this entire process creates in the minds of victims not only denies a part of their justice but also leaves them with a permanent dent of insecurity, helplessness, and fear.

Reconstructing the broken parts of their life becomes the toughest thing ever.

But as they said, there can be no compassion without suffering.

Today we are going to know another rape victim and survivor who is now working for the upliftment of other rape victims and rebuilding their lives by rehabilitating them. Sunitha Krishnan. 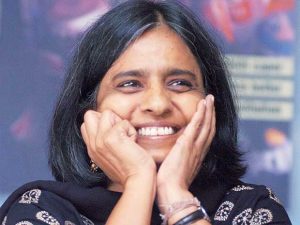 The major part of Sunitha’s compassion comes from the similar scars of her past.

Sunitha was gang-raped by eight men at a tender age of 15 and being a rape victim herself, she understands the plight of rape survivors better than anyone else.

The judiciary is not doing enough, the media is insensitive and the society is being indifferent to all that is happening.

So to support those who are going through a phase she has been through once, she started her institution called Prajwala in 1996.

Prajwala works for the upliftment of rape victims and is also a home for sex slaves and trafficked girls.

Prajwala’s first major accomplishment was when they transformed an entire brothel into a school at Hyderabad. Since then the institution has done several similar activities to provide vulnerable women a better place to live. 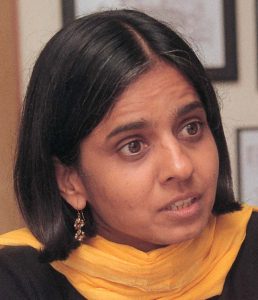 But every revolutionary work upsets several other establishments. Due to her unconventional initiatives, she was even attacked by many authorities and one major being when it damaged her right ear that is still not cured.

And despite all odds, Parjwala has safely escorted and saved the lives of about 8,000 trafficked and raped girls.

Today, Prajwala employs over 200 employees, but Krishnan works as a full-time volunteer and supports by conducting workshops and writing.

Later to put down more impact,  Sunitha with the help of her husband also established a film banner to make movies on such context.

She is known as a fierce orator and the one who speaks louder against such non-forgivable crimes.

Sunitha has been an active TEDx speaker and a recipient of many national and international awards in the field of social service. She has been listed in the list of Pioneers Top 100 Influencial List of 2016.

Sunitha Krishnan was also honored with the Padmashree in 2016, for her graceful efforts to not only save but sustain such broken loves and adding true values to the Indian society.

She still sees no stopping and continues to fight for what has stood so firmly.