NYSE-listed customer service software firm Zendesk has announced a new program for startups, offering monthly credits for free access to their suite of products. The company said it will offer monthly credit of $218 for twelve months, that is equivalent to one year free access to Zendesk Suite’s professional plan for two people. Alternatively, it can be used across the company’s individual products like Support, Chat, Guide and Talk. 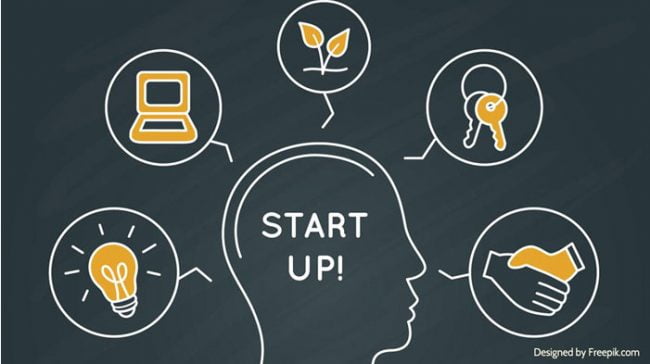 In addition, participating startups will get access to in-person or virtual office hours at Zendesk’s San Francisco headquarters along with guidance from Zendesk product specialist on setting up their software, the company said in a statement.

Swiggy, India’s largest food delivery service, is in talks to raise as much as $700 million from new investors such as Tencent Holdings Ltd and plans to use the fresh funds to enter new businesses and areas, especially in the hyperlocal delivery space, according to three people aware of the discussions.

ALSO READ:Find The Various Ways for Tracing The Origin Of Messages said Government to Whatsapp
Swiggy, which raised funds earlier this year at a valuation of about $1.3 billion, may see its valuation nearly double to at least $2.5 billion, said the people mentioned above. Mint first reported on 3 August that Swiggy was in talks to raise fresh funds amounting to at least $500 million and that it had held talks with SoftBank Group Corp.

However, SoftBank is currently more likely to invest in Zomato, and the talks with Swiggy have fallen through, said the people mentioned above, all of whom spoke on condition of anonymity. Swiggy’s plans to ramp up and enter new areas have intensified over the past six months and have drawn comparisons to the playbook adopted by Chinese food delivery giant Meituan Dianping, which—over the years—diversified and entered a number of new hyperlocal delivery businesses. Meituan also happens to be an existing investor in Swiggy.

Bengaluru-based digital lending startup Qbera has raised $3 million (about Rs 21.5 crore) in its first institutional fundraising since inception. The all-equity deal was led by E City Ventures, a subsidiary of Essel Group.

Qbera, which started operations in February 2017, plans to use the new funds to expand scope of operations, strengthen its technology platform and expand its team.

“We are in eight cities presently, and will now expand business to new cities like Patna, Chandigarh, Indore and Bhopal,” said Qbera founder Aditya Kumar. “We are currently getting around 10,000 loan applications per month. The target is to scale up to 50,000 in the next 12-18 months.”

Paytm has raised concerns that Google is sharing the payments data of Indian consumers with affiliate companies and third-party users. In a letter to the NPCI chief Dilip Abse, Paytm said that WhatsApp was directed to stop sharing users’ data with its parent company, Facebook. A Google spokesperson said the company doesn’t use any individual UPI transactions data for monetisation purposes like advertisements.

India’s second-largest IT services major Infosys on Friday said it will open its next Technology and Innovation Hub in Arizona, and hire 1,000 American workers in the state by 2023. Last year, Infosys had announced setting up of four such hubs and hiring 10,000 locals in the US over the next two years. To date, Infosys has hired 5,874 American workers.

“The Arizona Technology and Innovation Hub will have a special focus on autonomous technologies, Internet of Things (IOT), full-stack engineering, data science and cyber security,” Infosys said in a statement.

ALSO READ: Things One Should Do IN Your Twenties To Become Rich And Achieve Success