Do you remember the movie called Mere Yaar Ki Shaadi Hai? The one in which Uday Chopra was in love with his best friend but she was getting married to someone else and it was all another melodrama between friend zone and love.

But we do not want you to remember Uday Chopra in particular (save that pain for something else), but the best friend in the movie who was Tulip Joshi. 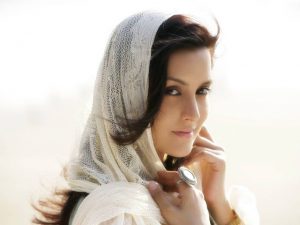 It was her debut film and her only claim to glam world’s fame, courtesy, Yash Raj Films.

But like many other underrated actresses, Tulip soon faded away into shadows and a very few people actually remembered her till date. Of course, she went on to feature in quite a few films, also including some Tamil, Telugu, Kannada and Punjabi movies till 2015, but none of them is noticed or remembered by the masses.

But if he could not be a stand apart actress didn’t mean she couldn’t be anything.

In fact, Tulip is now a goddamn millionaire!

She, as a matter of fact, became entrepreneur in the late 2010 and started handling companies in the exports, infrastructure, and finance sectors

This turn in her life came when she met her soulmate- Captain Vinod Nayar who also happened to be the director of a company that has a net worth of Rs 600 crore. 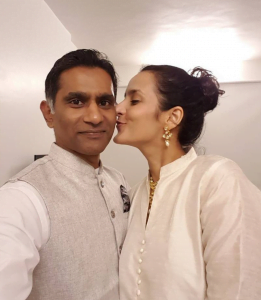 Vinod, who served in the Indian Army from 1989 to 1995 committed a live-in relationship for four years with Tulip and ultimately tied the knot.

Nayar was an important part of the live operation near the LoC in Jammu Kashmir to the High-Risk Mission.

Both husband and wife now run their consultancy which is a year-on-year profit firm and Tulip is the managing director of that firm.

The woman showed that if you fail in something doesn’t mean it is necessarily the end. Maybe, it is just another beginning- and maybe, a better one at that!