Engineering and construction major Larsen & Toubro informed the stock exchanges on Saturday that its board will consider a share buyback at its meeting on August 23. Larsen & Toubro (L&T) is going to take up a proposal for share buyback on Thursday. It also added that the trading window for dealing in the securities of the company will be closed for directors/officers and designated employees of the company from Monday, 20 August till Friday, 24 August.  The company last month reported a 43 cent jump in consolidated net profit at Rs 1,472 crore in the June quarter. It had earned net profit of Rs 1,028 crore in the same quarter last year. 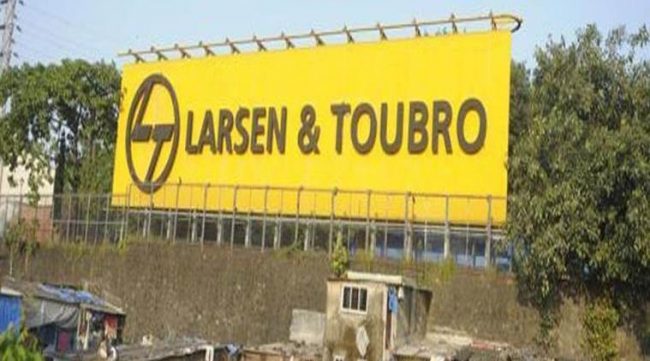 It secured new orders worth of Rs 36,142 crore at the group level during April-June, recording a 37 per cent jump, with a pick-up in domestic orders.  International orders at Rs 9,404 crore made up 26 per cent of the total order inflow. The company posted a 36% rise in net profit during the first quarter, beating estimates, helped by strong performance in its infrastructure business.

Net profit rose to Rs 1,215 crore for the quarter ended 30 June, from Rs 893 crore a year earlier, the company said in a statement. Analysts on average had expected a net profit of Rs 1,186 crore, according to Thomson Reuters I/B/E/S. Customer revenue from the infrastructure segment rose 9% to Rs 12,135 crore, while overall revenue from operations jumped about 18% to Rs 28,283 crore. Buybacks have been a hit with Indian companies recently. HCL Technologies last month approved a share buyback plan worth Rs 4,000 crore.

Last year, also witnessed other major IT buybacks, with Infosys Ltd and Wipro Ltd spending large sums to acquire their shares from the public. Last November, Infosys had bought back Rs 13,000 crore worth of shares, while Wipro Ltd had bought back its shares worth Rs 11,000 crore under its buyback programme.