However, his journey till this first ODI was no less than a fire-walk on bare foot. 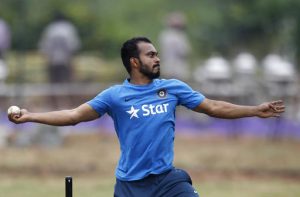 Kedar belongs to a small town called Madha in the Solapur district of Maharashtra. His initial days of life were not that handsome either. His father was a clerk in the Maharashtra State Electricity Board and Jadhav had three elder sisters who were very good students.

But Kedar didn’t have any such knack in education. So, he dropped out of school after the ninth grade.

After choosing to full-time cricket without so having even a matriculation certificate at hand, he represented a local cricket club in Pune and in 2004 after lots and lots of hard work, got selected for Maharashtra’s U-19 team.

In 2013-14 Ranji season, he scored a massive of 1,223 runs with six centuries. He was the highest run-scorer in that season and the fourth highest of all time in domestic cricket.

Being an underdog who scored massive runs and was brilliant at run chasing, Jadhav finally caught the eyes from the selection panel of BCCI.

Jadhav’s first national appearance happened in 2013 IPL from the team Delhi Daredevils. However later in 2016, he switched to Royal Challengers Bengaluru.

Jadhav then turned 32 and still, there was nothing bigger than IPL that he had got in hands. But he kept striving for the Indian National team and after trying to make it big wherever he could, Jadhav finally got the chance to represent the Indian national team against Bangladesh in 2014.

Then he also was included in the India V Zimbabwe in 2015 where he used the opportunity to sketch a century (105 off 87 balls), his first ODI hundred. 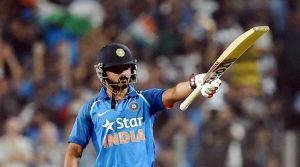 In the last ODI series against England, Jadhav proved his mettle by being the backbone of the middle order and man of the hour. He gave Indian team a support that it needed just at the right time.

Jadhav after setting his plot warm treated the English bowlers with zero mercy. Scoring a quick 120 from 76 balls with 12 fours and 4 sixes, Jadhav got the team to a commanding position along with his captain Kohli. The massive 356 on the scoreboard earned India a thrilling victory.

His ability to run hard between the wickets and be so fit even at the age of 32 shows the amount of hard work the humble man had put in all this while. 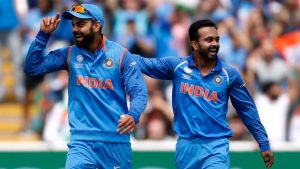 He himself realized that he had wasted an opportunity to nail a match on his own while batting at number six, a position where one’s failure is often highlighted more than success. He knew that he had to capitalize on the next possible opportunity and it was so heartening to see him do it here.

What Kedar Jadhav’s story teaches us is that how patience and dedication can get us to something we always dream of. Just because it hasn’t happened today, doesn’t mean that it would never. All we need to do is to keep moving forward and be in the game which we call life!