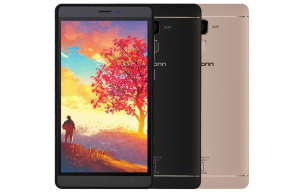 Karbonn Mobiles, a leading Smartphone brand in the country with numerous accolades under its belt, was started in 2009 with an aim to bring the benefits of Smartphone telephony to the masses. Within a short span of time, Karbonn has become the brand of choice of the discerning mobile consumer in a country which has one of the fastest growth rates in mobile device consumption.

Headquartered in New Delhi, Karbonn offers a range of mobile communication devices to meet the communication needs of the evolving Indian consumers. Having more than 85,000 retail counters, Karbonn reaches out to people across the length and breadth of the country, with over 92% penetration across the Indian geography. Currently in the process of creating presence in 40 countries including Africa, South & South East Asia, CIS, Eastern Europe and Middle East, Karbonn plans to broaden its international footprint further by expanding to 65 countries.

Karbonn has over 800 service centres across India and over 12 international centres, ensuring effective after sales-support to its growing customer base.