For any actor in the acting fraternity, Oscar is their ultimate dream. There are many who run in the competition of getting hold of the highly acclaimed award, but there are only a few lucky. But many feel fortunate to just be able to step on the red carpet for Oscar. And it is not an easy feat. However, when this 8-year-old walked on the red carpet at the 89th Oscar Awards ceremony at Los Angeles, all eyes were on him looking with admiration.

At such a tender age Sunny Pawar is seen as an inspiration by many to have achieved the great opportunity to be part of the world’s most esteemed awards ceremony.

The boy’s story begins in the slums of Kalina in Mumbai. His father previously worked as a coolie with Air India and later as a sanitation labor job with the municipal corporation of Mumbai. The salary is not enough to support the whole family or even get a decent day’s meal. Sunny Pawar has been a witness of many hardships.

Ever since Sunny was a toddler, he is fond of Hindi movies. His mother shares Chhota Bheem and Singham were his favorite movies. He would always enact movie scenes. He often declares that he wishes to rule the world someday.

To encourage the boy’s wishes, he was lucky to be auditioning for the role of Saroo and displaying his skills. Sunny was studying in a government school. The Hollywood casting team for Lion movie had landed to his school to find a boy to play the role of Saroo. For which Dev Patel would be playing the grown up part. Sunny managed to steal the spot by his acting skills and was the one who got hold of the role from the 2000 other boys who auditioned. He was just 6years old when he auditioned. 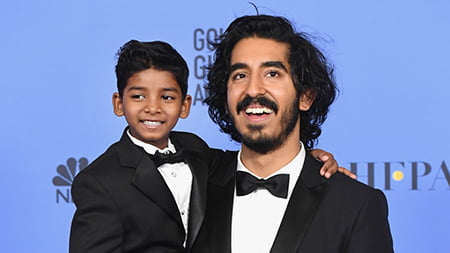 Sunny had the spotlight on him at the hall filled with prestigious stars. The film Lion in which he acted was highly appreciated and nominated in 6 categories for Oscars. His role was for the character Saroo Brierley. The character was lost from his brother and boards a wrong train and reaches Kolkata, which happens to be 1500 km away from his home. He then gets adopted by an Australian couple.

The cute responses Sunny gave to the host of the evening Jimmy Kimmel were baffling. People were staggered and cameras turned his way as Jimmy Kimmel and Sunny enacted the famous Lion King scene and held him up in the air. 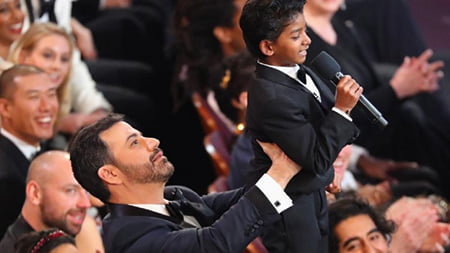 You can see Sunny in his next with Richa Chadda, Freida Pinto Anupam Kher and Demi Moore in Love Sonia.
(Photo Credit: Indiewire, Times of India, India Times) 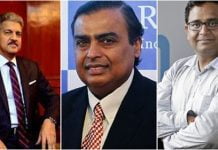