Over the last few years, fake news spread via the highly popular smartphone applications has taken a toll on many lives and Indian sentiments. WhatsApp, being one of the most ragingly popular instant messaging applications used by millions of user, is now under the radar of the Government. 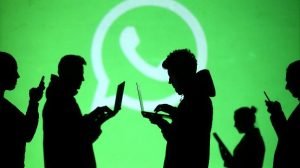 The rampant sharing and spreading of misleading content such as fake news, obscure images, pornographic content, etc have literally shaken integrity and sentiment of the Indians. This is why the Government has asked the social messaging platform authorities to bring more control and surveillance on this type of content to protect the sentiment. Fake news has literally sparked hate crimes and caused online discourse.

Facebook, WhatsApp owner, was asked to take immediate action based on such incidents but the authority refused to comply. This might result in a huge turmoil in the biggest market WhatsApp enjoys in India.

Gopalakrishnan S, senior officer, Ministry of electronics and Information Technology (MEITY), when asked by Bloomberg, said “For six months, we’ve been telling them to bring more accountability to their platform but what have they done? Pedophiles can go about on WhatsApp fully secure that they won’t get caught. It is absolutely evil.”

WhatsApp, on the other hand, retaliated with the demands made by the Government. Carl Woog, WhatsApp spokesperson, expressed that all the demands the Indian Government has made certainly do not comply with the privacy policies of the company. He also stated that the privacy protection of the users of this app will be in jeopardy if these demands are amended in the future. 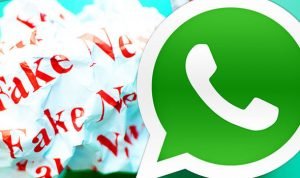 He said, “What is contemplated by the rules is not possible today given the end-to-end encryption that we provide and it would require us to re-architect WhatsApp, leading us to a different product, one that would not be fundamentally private.”

ALSO READ: WhatsApp is Organising a Startup Challenge in India

He also expressed that strict action is taken when the authority finds any user misusing the platform that endangers children. He also shared the fact that WhatsApp shows ‘zero tolerance’ regarding vile content, sexual abuse, child abuse, etc.

MEITY has drafted ‘Intermediary Guidelines’ which when amended will make WhatsApp responsible for the consequences occurring due to sharing of misleading and vile content.