Whoever has observed or followed the Indian Cinema or film-making must be knowing Ashutosh Rana if not for anything than for his fierce role in the movie Sangrash. I mean, who can really forget that reptile rubble he did to freak Preity Zinta out.

Now, Ashutosh has already been known as a great actor (which he is indeed) and that he has been in Bollywood for more than last twenty years, his roles are always praised and even if a small role he always gets noticed, courtesy his superior acting skills.

But, behind this anti-dramatic face and caricature of perfect Bollywood antagonist lies a soft man with a sense of extreme gratitude and a humble backdrop.

Ashutosh was born at Gadarwara district of Madhya Pradesh, where he used to volunteer for local political campaigns and act in Raam-Leela during Dusshera. He was also the leader of the college commission.

During his childhood Rana was basically exposed to art and poetry, so he also grew interested in art. But, his interest in politics turned deeper as he became a teenager.

Soon, he became the Bahubali of a major local political party. So, one day the young Ashutosh thought to give mainstream politics a try. But, unfortunately, he couldn’t fetch the election tickets. He had a mentor in life, a professor I his college, whom he stated his problem.

I was not happy about my loss of candidature in the election. I was precisely upset because I desperately wanted to see those posters of mine around the entire city. But my Guruji said ‘Forget about these little posters, you are meant to hold the bigger ones.’

What do you mean?

And, the Guruji replied-

Go to Delhi and join the National School of Drama. Your Ramleela has to be shown there and then to the entire nation.

Basically, his Guruji suggested him to leave politics and join Cinema.

And, then Ashutosh, just out of his teacher’s orders, went to NSD, New Delhi for admissions. Quite unexpectedly, Ashutosh cracked the tests for admissions, which is still a record. Noone except Ashutosh Rana and two other actors has been able to make it up to the NSD in its first trial itself.

Now, I understand that Guruji was so right and there are actually two types of lives we can live in this world-

But a happier life would be that in which we wish what we are capable of or make ourselves capable what we wish for.

after he advised me, i gave it a thought and realized that I was capable to act, so I started wishing for it. And it happened!

So, then after a few years, Ashutosh was a full-blown theatre artist, extremely polished and skilled.

But, then again one of his mentors at NSD (who was indeed particularly close to Ashutosh), suggested him to go to Mumbai and meet Mahesh Bhatt.

I was again suggested by another of my mentors go and seek Mahesh Bhatt at Mumbai. It wasn’t any less than asking a common man to seek Narendra Modi or someone of that stature. I mean it seemed so tough. But, I have always been a devoted student so even a teacher’s request was indeed an order to me. I bought his advice and headed straight to Mumbai.

After coming to Mumbai, Ashutosh did spend countless sleepless nights at streets and drank municipality waters from the local sewage treatments. He approached Mahesh Bhatt ten to twelve times before getting an appointment.

Meanwhile, he also did a few minor roles here and there like, the role of clerk in the movie Sanshodhan.

But finally, when he met Mahesh Bhatt, at the very first appointment, the veteran director decided to cast him in a major role in his 1997 hit movie Tamanna.

He along with Paresh Rawal were critically praised for their strong and impactful screen performances. 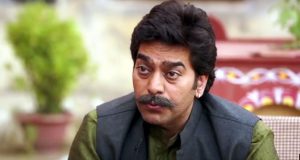 Then, there was no stopping him, from Dushman to Humpty Sharma Ki Dulhania, he has established himself as a true blue actor who can make you thrill, cry and smile all at the same time. Apart from the mainstream Hindi cinemas, Rana has also acted in more than seven regional languages including the Telegu, Tamil, Marathi, Bengali, Punjabi etc.

In this journey to become one of the finest in Bollywood, he also met his now-wife and the famous actress Renuka Sahne, with whom he had an extremely interesting love story, but let’s save that for some other time.

On his outlook at himself, the forty-nine years old actor said:

I believe I am the neutral point of a charger. Like, you take a two-pin charger and plug it. But that won’t work when you are required doing something on high-voltage.

So a third neutral point is always added to avoid the shot-circuits.

I am that neutral point in Hindi Cinema who can save the grace whenever required!