Flipkart India, the commercial arm of home-bred e-commerce titan Flipkart, has reported a turnover of $2.3 Bn (INR 15,264 Cr) for the year ending in March 2017.

As per its yearly return filings, Flipkart India’s turnover in FY15 was around $1.4 Bn (INR 9,351.7 Cr), which in turn points to the e-commerce giant’s poised growth in incomes over the last few years.

An email query wired to Flipkart’s translation team did not evoke a rejoinder until the time of the announcement. 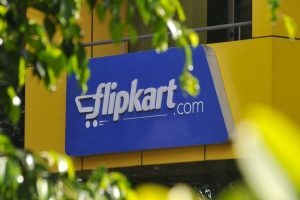 As per a financial report from its investor Naspers:

The e-commerce firm latterly posted a hike of 43% in gross commodity/ merchandise value (GMV) for the six months concluding 30 September.

The half-yearly report by Naspers stated:

Flipkart also saw a jump in its market share from the year-ago period.

According to the South African investment firm:

Flipkart further strengthened its position at the top during the recently-concluded festive season sale.

Flipkart, the group’s equity-accounted investment in India, continued its growth acceleration and further solidified its market leadership. During the recent festive season sales period, Flipkart captured around 70% of the total e-commerce market.

Flipkart has also settled extraordinary capital from investors, including Tencent and SoftBank to continue instituting its rank as a leading business-to-consumer (B2C) platform in the fast-growing Indian bourse.

Prior to that, Morgan Stanley, one of Flipkart’s mutual fund investors, also priced up its valuation to $9.36 Bn for the quarter ended September 30, 2017. The markup came as Morgan Stanley scored up the cost of its holdings in the company by 24.6% to $88.1 per share, compared to $70.7 for the three-month period completed June 2017.