In the year 2016, the most popular pharmaceutical company with the product cough syrup Corex was banned, Pfizer Ltd, which is an Indian subsidiary of the United States based drug maker Pfizer Inc was much quick for discontinuing the cough syrup Corex in its then form and changed the composition but also decided to retain the brand name for its upcoming respiratory products. 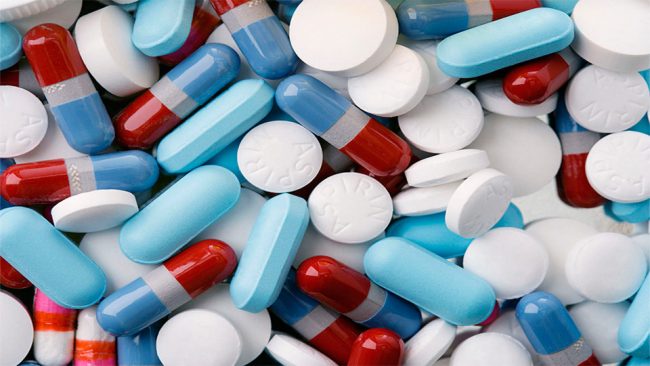 The company even decided to stop the preparation of the Corex cough syrup formulation which is a combination of codeine phosphate 10 mg and the chlorpheniramine maleate 4mg, changed the formulation and extended the same brand name. The new formulation is now called Corex DX (Chlorpheniramine + Dextromethorphan + Menthol).

Similarly, the Glenmark Pharmaceuticals Ltd’s pain relief formulation which is called Vorth TP previously also contained tapentadol and a paracetamol. It has now jerked for including the tramadol and paracetamol thereby keeping the brand name unchanged. Experts also say that the companies mostly prefer to continue the popular brand names for its new products those contain various ingredients so that it becomes more easier for marketing.


“The companies want to retain the brand name as they spend a lot of money in building a name. As long as it is for the same indication by virtue of reformulation to make it a rational combination, the companies prefer to use the same name,” said the secretary general of the Indian Pharmaceutical Alliance, D.G. Shah, which also represents large number of domestic drug makers. Shah also aforesaid by extending the brand names of the new products, it also helps the doctors and the chemists to remember then while dispensing and prescribing the medicines.

“The brands have been in the market for decades and companies invest a lot on these brands. Hence, they would like to save them by moving to combinations that have been approved by the Drug Controller General of India for the same indication with the addition or change of a suffix or prefix to the original name,” said Sunil Attavar, president, Karnataka Drugs and Pharmaceuticals Manufacturers’ Association.

On 12th September, the Union health ministry also banned nearly 328 FDCs after the expert panel was formed under the chairmanship of the professor of head clinical pharmacology at G.S. Medical College KEM Hospital Mumbai, Nilima Kshirsagar, for reviewing the safety, efficacy and therapeutic justification of these drugs,  found these FDCs “irrational”, citing safety issues and lack of therapeutic justification, recommended the ban. The ban on FDCs included painkillers, anti-diabetic, respiratory and gastro-intestinal medicines.

The Koye Pharmaceuticals, Mankind Pharma, Lupin, Coral Laboratories, Obsurge Biotech, Alkem Laboratories Ltd, Glenmark, Wockhardt Ltd and Macleods and Laborate moved to the high court against the decision of the ministry, and some companies are even busy adjusting with the compositions and launching their new formulations in the market.

The Macleods Pharmaceuticals that makes the anti-fungal Panderm Plus is gearing up for launching its new combination called Panderm NM and is also awaiting for the approval from the India’s drug regulator.

“Panderm Plus steroid has been fixed with an antibiotic which is never allowed in any country of the world and that is the reason that it has been banned,” Chandra M. Gulhati, editor, Monthly Index of Medical Specialities (MIMS).

ALSO READ: Find The Various Ways for Tracing The Origin Of Messages said Government to Whatsapp