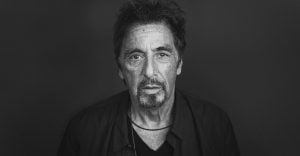 The harder the fight, the more exalted the triumph.

Everyone must fight and earn what he deserves. Even for the most privileged, the silver spoon comes with a cost and for some who have to earn that silver spoon set examples in histories of mankind.

So, when you face one difficulty in life, you have two basic choices: 1. You can smile in difficulty, gather strength, determination and courage from anguish and win at the end or 2. Go back in your immured cell of a protected life and clap over the success stories.

Among the similar gorgeous faces of the glamorous and glittering society that encourage millions to have their own struggling stories, Alfredo James Al Pacino was a man standing tall in spite of his darkest days. 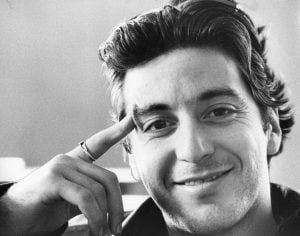 Perhaps, one of the most successful American film actors and directors with 1 Oscar, 2 BAFTAs, 3 Golden Globes under his shiny collar, is best known for playing the role of Michael Corleone in The Godfather trilogy and Tony Montana in Scarface.

Al Pacino was born on April 25, 1940 to Italian immigrants in East Harlem, New York. His father Salvatore Pacino was an insurance agent in New York and mother Rose who separated when he was only two years old.

Little Pacino moved with his mother to live with his grandparents in a dirt-poor area of New York, the South Bronx where he grew up.

As he was the only child of the family, he was highly protected by his grandparents and hardly allowed to go outside the home until the age of seven.

He was extremely shy and introverted as a child. He was nowhere close to becoming an actor until he got inspired after watching Anton Chekhov’s ‘The Seagull’ at the Elsmere Theatre in the South Bronx when he was 14.

He also attended the renowned High School of the Performing Arts but dropped out of school at the age of seventeen after failing in every subject except English.

During those years, he did several low-grade jobs that included working as a busboy, messenger boy and postal clerk to continue his acting studies.

At the age 21, his life was struck by terribly cruel blow when his mother died at the age of 43 and his grandfather, who had the most important role in his life, died after one year. 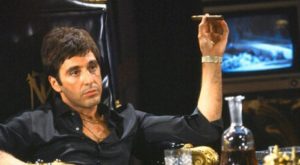 This grey zone of life drowned him into drug abuse and excessive intake of marijuana. His health deterred and everything went out of his hand as he had no permanent job, sufficient money, or a permanent place to stay. He also started experiencing continuous episodes of insomnia and depression.

But despite this sudden fall, his ambition to become an actor never dimmed.

In 1968 he played the role of a racist Southerner in TV debut ‘NYPD’ but he got the major role in 1971 in a movie called ‘The Panic In Needle Park’.

The movie portrays the abrasive realities of the drug addict street boys who meet in New York City’s Needle Park.

It was the first time after several years of struggle he received little fame which gradually earned him major roles in the forthcoming movies.

In 1972, he starred as Michael in the American gangster film ‘The Godfather’ based on the novel of the same name by Mario Puzo, which received critical acclaim and three Academy Awards. With his brooding gangster image and epidemic portrayal of becoming of Don Micheal Corleone, he established his name as a silver line of honour in the history Hollywood.

In 1974, he played the same role in ‘The Godfather Part II’ and in 1975 he gave another hit movie Dog Day Afternoon, which is a story of a true bank robber John Wojtowicz. In 1977, he got nominated for  Golden Globe for Best Motion Picture Actor for playing the role of a race-car driver in Bobby Deerfield.

During the 1970s, he was nominated for four Academy Awards for Best Actor, for his incredible performances in Serpico, The Godfather Part II, Dog Day Afternoon, and And Justice for All.

In 1990, he made his comeback with The Godfather, Part III and the same year he received Oscar nomination for Best Supporting Actor in Dick Tracy. 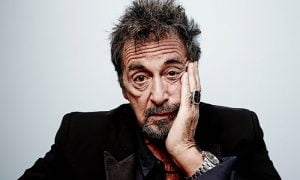 The Godfather Part III, is debatably his best performance till date followed by the Scarface.

And, for his entire career, he also was a hot-favourite among girls of that age. His female following was tremendous and he was one of the major harbingers of bad-boy images into the mainstream movie-making.

Once depressed and drug abused Al Pacino with his sheer guts and determination to make it big in life, taught us that how one can rise doesn’t matter what if he only perceives that he can.

And so, the old man says:

It is easy to fool eyes, but equally hard to fool the heart. So, I honestly say- vanity is my favourite sin!