More than 40 soldiers were martyred in an attack on CRPF convoy in Pulwama, Kashmir. After making fun of the martyrdom of the soldier’s many people working in leading firms and students studying in educational institutes were fired and even arrested.

Most of these people belong to Kashmir and were spitting venomous words against India and martyred soldiers and their families. These people were violating the right to speech and were making antinational remarks on social media. However, people were quick enough to take screenshots of their anti-national comments and reported this matter to legal authority as well as reported it to the firms and educational institutes.

Riyaz Mohammad Wani made antinational comments and publically commented that Pulwama attack is “the real surgical strike” and even added “feeling happy” status. The screenshots of comments were taken by people and sent to Macleods Pharmaceuticals where he was working. This pharmaceutical firm issued a public notice and hence firing him. 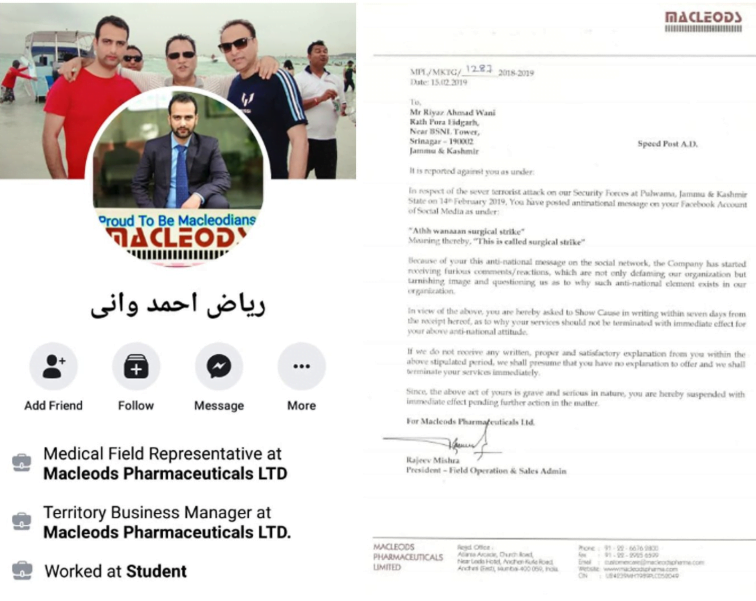 His friend Iqbal Akhoon supported Riyaz Mohammad Wani in his post by making a derogatory comment. However, he too was kicked by his firm “German Remedies”, a part of Zydus Pharmaceuticals. 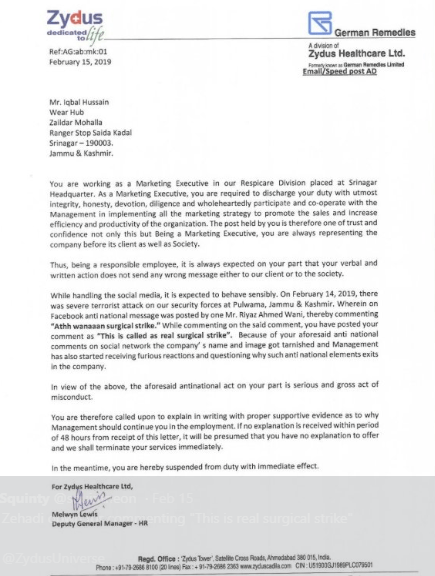 A student of Graphic Era Hill University named Vaibhav Shamsher Rana has been arrested by police after an FIR registered by college authorities. He was pursuing Bsc Agriculture and he made derogatory remarks on the CRPF soldiers martyred in this attack. 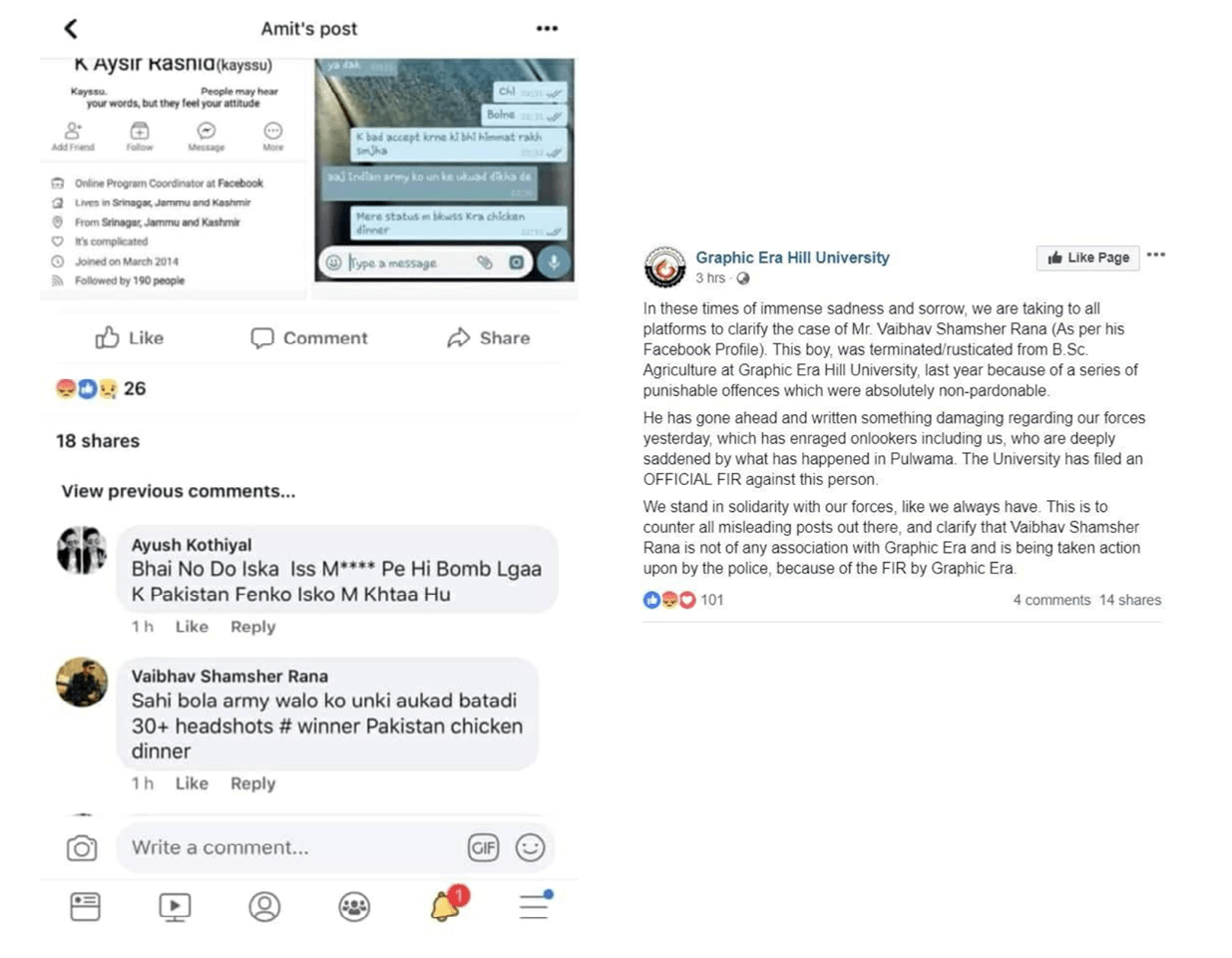 Papri Banerjee is an example of another anti-national element who gut busted by police as she called Indian Army “rapist”. Papri Banerjee worked as an assistant junior professor in Icon Junior college. This woman has been in controversy before too because of supporting terrorist activities and spreading hate in social media. However, the college took strict action against her and issued a public notice to kick her out effectively from the position of assistant professor. 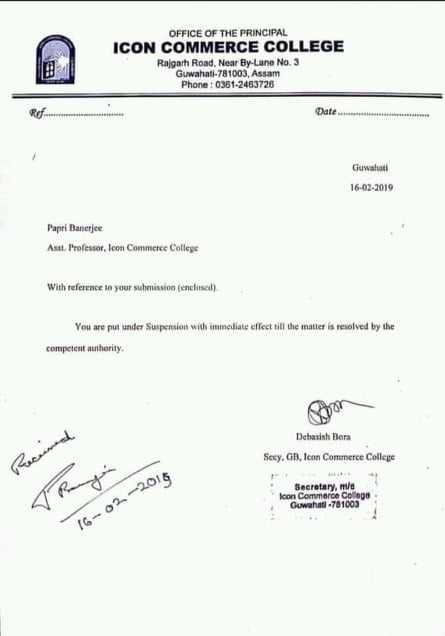 Later in the evening, she was arrested by police due to the massive complain and protest on social media against her. The Assam police even publically thanked people to report this matter to them.

Another Kashmiri student Kashir Rashid, a Kashmiri student studying at Sridev Suman Subharti Medical University, located in Dehradun had made a very notorious and objectionable comment about the terrorist attack on CRPF jawans in Pulwama, Kashmir. 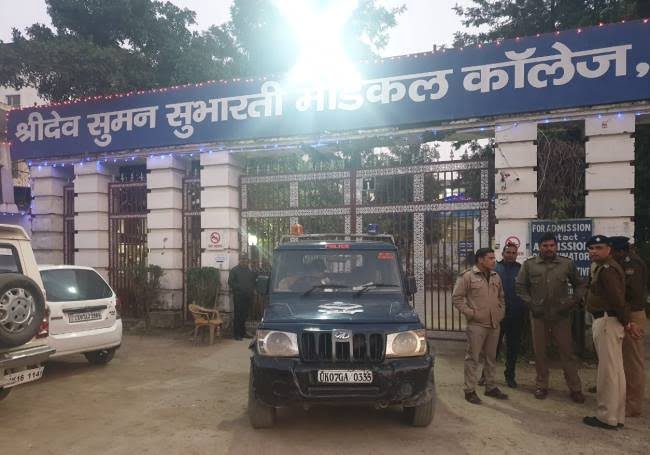 After the comments became viral, local organizations complained about this matter to Police authorities and even vandalized the college hostel where he was staying. The student has been arrested now and suspended from college. Several colleges in Dehradun have banned admission for Kashmiri students for the next academic session.