In today’s world of filmmaking, Christopher Nolan barely needs an introduction. The genius of Christopher is well known and his intellect-driven projects have often been praised and held as some of the classic stuff in the 21st century Hollywood.

Be it the redefining of Batman in his Dark Knight trilogy or insane mind-blogging cinematic experiences in Interstellar or Inception, Nolan has always kept his identity stand apart from rest of any contemporary filmmaker. 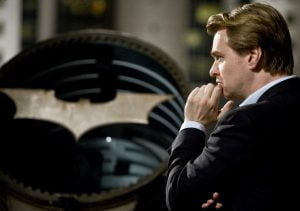 His first movie Memento was released in the early 2000s and became a revolutionary movie which later inspired some good Bollywood movies like Ghajini. But even this genius filmmaker has had his own share of struggle naturally because his trait of ideation is something not many people would understand at the first instance.

Everybody passed on ‘Memento, and nobody really wanted to invest on something which they did dub as nonsense in the name of intellectual filmmaking.

After failing to find a buyer, Memento eventually was distributed in North America by the film’s financier, Newmarket Films, which set up its own distribution arm.

The film went on to earn almost $40 million from a budget of $5 million, and two years after the rejections, Nolan and his producer wife, Emma Thomas, returned to the Independent Spirit Awards to pick up the best director, best screenplay and best supporting actress awards. This was also followed by a couple of Oscar nominations.

Memento eventually was recognized by many as one of the best films of the decade. 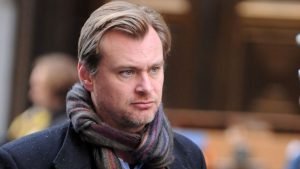 When I look back, the key thing for me when we started to get traction for Following on the festival circuit was that I had already finished the script for Memento.

Nolan being born to a  middle-class family was not very often allowed to picture bigger dreams. But, he was always keen in subjects of Molecular Biology and Astro-Physics. Later these interests took an unconventional turn and started giving rise to relevant yet totally unique ideas.

When he sought the advice of his teacher, she once told him to tell the world a story they haven’t heard yet. And there was where Christopher Nolan started writing stories on science fiction and dreamed of putting them over the silver screen.

Due to his non-glorified subtle economic background, he struggled a lot for years in Hollywood. Later, with some savings, he co-financed his first movie Happening and then went on to make Memento. 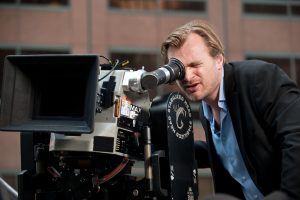 After Memento, Nolan set an identity of a distinct and brilliant filmmaker who in later years would give movies like The Dark Knight, Inception, Interstellar and Dunkirk. His ideas often intrigue his audience into something that they possibly witness for the first time in their lifetime, and that’s where Nolan finds his strongest point as a filmmaker.

During his childhood, Nolan was also bullied in school due to his introvert nature and geeky presence. Which later put him on a minor phase of depression.

On this Nolan said:

When I was depressed I used to read- lot. It was a saviour and perhaps, my en-route to creativity.

And, his life teaches us that it is always wise to create one opportunity instead of waiting so long and not getting any. A positive opportunist always ranks high than a stupid optimist and if you have a decent idea to make yourself go on and on, then an opportunity is all that you ever either need or need to create thereafter.

He kept clinching to an idea and he made it to the top, only because he believed in what he stood for. According to him, nothing is impossible if you can embrace your own uniqueness. And today, he is no less of a true legend!

When asked about his journey till now, one he profoundly said-

The thing that happens to a lot of people is that you get that opportunity, somebody says, ‘I really loved your film, what else do you have?’ And if you don’t have anything, or if you’ve just got vague ideas, it’s very difficult to take advantage of that moment, and that moment doesn’t come around again. And, You’ve got to jump on it.