Between the Indo-Pak tension, the central government has urged Google and other social media companies to check on the misuse of their platforms for spreading warmongering content and fake news.

The Ministry of Electronics and Information Technology (MEITY) urged Google to remove all the videos linked with Wing Commander Abhinandan Varthaman from its social video platform, YouTube. The wing commander was in the captivity of Pak Army after his plane was hit on 26th February in Pak territory.

As per the report published in ET, MEITY provided a list of 11 videos to YouTube and urged the company to remove it immediately. The ministry said that those videos have the potential to stir public reactions.

Also Read: Abhinandan Vardhaman Finally Returns To The Indian Soil After Being Captured By Pakistan For Two Days

This might make the situation even worse during this national tension. The ministry directed Google to take care of such posts and submit a compliance report.

Ravi Shankar Prasad, Union Minister, Electronics and Information Technology, depicted that the search engine company immediately coped with the situation and complied with the directives given by MEITY.

A social media battle after the surgical strike 2.0 from India has aggravated the situation. This is why the company might take some time to omit the videos from social media platforms. 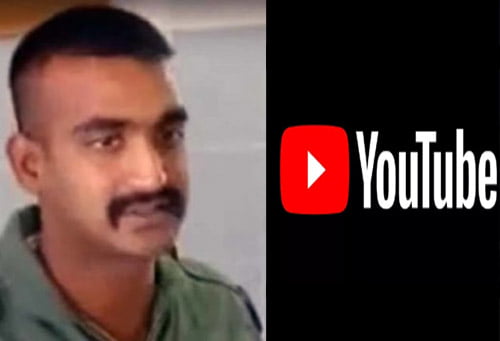 The fake news and misinformation shared across the social media platforms fueled an immense crisis and waged a virtual war between the Indian and Pak citizens.

Some of the fake posts even used old photos and videos of military and air force actions depicting instant action from both the governments. A few stated that both nations have waged war against each other by showing old and borrowed videos.

Jency Jacob, Managing Editor, Boom (a fact-checking website) told that both the nations went to unnecessary chaos over these tweets and news.

The tension rose when India retaliated with its airpower and hurled 1000 kg bombs on Jaish-e-Mohammad terror camps. India revoked ‘Most Favored Nation’ status and strategically escalated customs duty on exports to 200%.